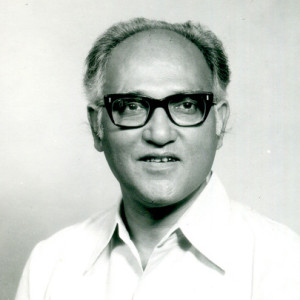 Dr.┬ĀPramod Karan Sethi (28 November 1927 ŌĆō 6 January 2008) was an orthopaedic surgeon. He invented the “Jaipur foot”, an inexpensive and flexible artificial limb in 1969. He was awarded the Magsaysay Award for Community Leadership in 1981 and the Padma Shri by the Government of India in 1981.
Sethi was born at Varanasi where his father Nihal Karan Sethi, himself a renowned scientist, was a physics professor at Banaras Hindu University. Sethi trained as a general surgeon at Agra under G. N. Vyas. In 1958, he specialised in orthopaedics, when the Sawai Man Singh Hospital in Jaipur where he worked needed an orthopaedics department because of a Medical Council of India inspection. He later cited his lack of qualifications in orthopaedics as an advantage in developing the Jaipur foot. Much of his practice was in physiotherapy, including the rehabilitation of amputees. He retired in 1981. He was married to Sulochana, and the couple had a son and three daughters. Sethi died of cardiac arrest in Jaipur, India.
The Jaipur foot is made of rubber and wood and is probably the lowest cost prosthetic limb available in the world. The International Red Cross Committee has used it extensively in Afghanistan and other places to help amputees. Several injured soldiers in the Kargil war were benefited due to the Jaipur foot. Sethi was recognized by the Guinness Book of World Records for helping a large number of amputees in obtaining mobility again. The Indian dancer and actor Sudha Chandran was one of his patients.
Sethi was awarded the Magsaysay Award for Community Leadership in 1981, the Padma Shri by the Government of India in 1981 and he also won a major Rotary International award. He was elected a fellow of the British Royal College of Surgeons.