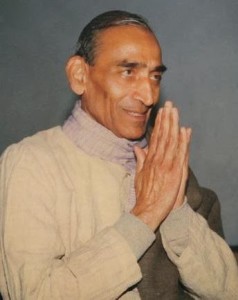 Senior RSS pracharak Shri Laxman Rao Bhide died in Mumbai on January 7. He was 82. He worked to spread the Sangh work overseas. Born on October 1, 1918 at Akola in Vidarbha region of Maharashtra Shri Bhide graduated in Philosophy and Sanskrit from Maurice College of Nagpur. He became full-time RSS Pracharak in 1942. He was first sent to Faizabad in Uttar Pradesh to work for the Sangh. Later he became a Prant Pracharak there. In 1959, he was assigned to work overseas. Shri Bhide travelled over 80 countries around the world to spread the message of Sangh. Later, he became Pashchim Kshetra Pracharak and in 1992 he was appointed president of Deendayal Research Institute (DRI).
He was the guiding spirit behind a number of social organisations including the Akhil Bharatiya Grahak Panchayat, Vishwa Ayurveda Parishad and the DRI. Shri Bhide described as ajatshatru. He lived like a tapasvi and inspired swayamsevaks worldwide. “Following his ideals and fulfilling his unfinished task will be the best tribute to the departed soul,” Bhideji was a foremost follower of the principle- “Service to society is worship to Bharat”.
Sri Kailashnath Tiwari who had been Pracharak at Badayun says,”This incident occurred in 1971. I was deployed as Pracharak of Sahasawan Tahsil. I had a boil on my right leg – a Baltod and was unable to walk. Due to unbearable pain and high fever, I was moaning lying down in the Karyalaya. Then a thin and lean person came in and gently asked me “What is the matter brother?”. I showed him my boil. He said, “Why do you fear for this? I shall treat it immediately”. He sent a Karyakartha to purchase Tukmalanga (a medicinal seed) and was caressing my head. I felt in his gentle touch the affection of my mother. He tied the medicine with a piece of cloth on the boil. Next day he met enquired and assured me “It would be completely cured”. Then slowly he removed the bandage which was full of puss. Because of the touch of that godly person tears of joy were flowing down my cheek. That person was none other than Mananeeya Bhideji”

One thought on “07 January/ The real ajatshatru Sh. Laxman Bhide” 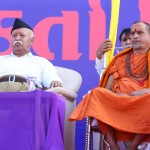