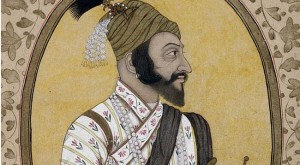 Hindu Dharma has a glorious past of great Saints and Sages. Several Saints ascended to the state of Guru and showed the path of God realisation to many. They also taught spirituality to the society through their conduct and actions. Their mission was not just limited to spirituality but they also did substantial work for the defence of nation whenever it was in difficulties. Some of the Saints travelled all over the world and disseminated the spiritual knowledge of Bharat there without any personal expectations. Millions of people abroad are getting benefit of that. For last lakhs of years, the Sages took tremendous efforts to preserve the Vedic Knowledge which is the pride of Bharat. The most important thing however is that the Saints of Bharat have donated the world the tradition of Guru-disciple.

Chhatrapati Shivaji Maharaj founded the Hindu Kingdom¬† in the Deccan against all odds, fighting against the mighty Mughals. He inspired and united the masses to fight the tyranny of Mughal ruler Aurangzeb, by inculcating a sense of pride and nationality in them. Shivaji Maharaj successfully led and marshalled his forces to cope and overcome several major enemy invasions of his territories. He was also relentless in expand-ing his Kingdom’s boundaries. 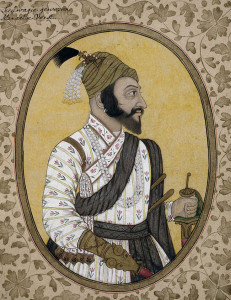 At the age of 16, he took a pledge to establish a sovereign Hindu state. He outshines all the Rulers and Generals of Bharat in the exemplary life he lived and is thus respected by the entire cross-section of Bharatiyas. He raised a strong army and navy, constructed and repaired forts, used guerrilla warfare tactics, developed a strong intelligence network and functioned like a seasoned Statesman and General. He introduced systems in revenue collection and warned the officials against harassment of subjects. In his private life, his moral virtues were exceptionally high. His thoughts and deeds were inspired by the teachings of his mother Jijabai, and great Saints like Dnyaneshwar & Tukaram and the valiancy and ideals of the Lord Ram and Lord Krishna. He was blessed and guided by his Guru, Samarth Ramdas Swami. He was also an ardent devotee of Goddess Bhavani.

Chhatrapati Shivaji Maharaj (February 19, 1627 ‚Äì April 3, 1680) is a principle of effulgence, rather a divine inspiration. Shivaji Maharaj is a Primal God who took birth in a divine and pure culture. In history, no other religion has produced such an immaculate personality. One has yet to see a monarch who despite being powerful did not use his powers to torment, who despite being glorified was not arrogant, who conquered valorous enemies and who despite being a human functioned as a God !

He always showed respect, defended and protected Holy men and places of worship of all religions. He allowed his subjects freedom of religion and opposed forced conversions. Shivaji Maharaj is well known for his benevolent attitude towards his subjects. He believed that there was a close bond between the state and the citizens. He encouraged all socio-economic groups to participate in the ongoing political/military struggle. The Kingdom established by Chhatrapati Shivaji Maharaj known as ‘Hindavi Swarajya’ (Sovereign Hindu state) spread beyond Attock in Northwest Bharat (now in Pakistan) and beyond Cuttack in East Bharat in due course, to become the strongest power in Bharat.

The history of Bharat is incomplete without the history of the Marathas and Shivaji Maharaj is the nucleus of Maratha history. Shivaji Maharaj has been a source of inspiration and pride to the past generations and will continue to inspire generations in the future too. We pay our obeisance to this great Hindu King on his birth anniversary, which falls on 19th February.