Secunderabad. 45 protestors were arrested in connection with the Secunderabad Railway Station violence. Addressing the media, GRP said that the agitators have damaged railway property worth around Rs 20 crore and claimed that a “big conspiracy” by army recruitment coaching centres.

“On June 17, around 300 agitators entered railway station from gate number three and the platform number one raising slogans against Agnipath scheme which was introduced by the central government. Later, agitators came in groups increasing the number to around 2000 people,” said GRP Police.

It further said that in the group, some agitators were carrying sticks, rods and petrol cans. The police officials present at the spot tried to stop them, however, they started pelting stones which were on the railway tracks.

Meanwhile, ruling out the rollback of the ‘Agnipath’ recruitment scheme, the three services of the military on Sunday came out with a broad schedule of enrolment under the new policy.

35 WhatsApp groups that were allegedly spreading fake news about the Agnipath military recruitment scheme were banned by the government, reports said. 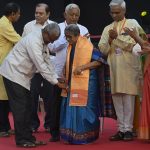