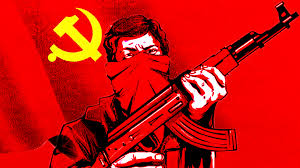 Bhagyanagar/Raipur. 5 members of the CPI (Maoist), including two women, were killed in two separate encounters with security personnel in the forests spread over Telangana and Chhattisgarh on Tuesday morning.

In Telangana, four Maoists, including a woman, were killed in exchange of fire with a team of Greyhounds (the elite police force of Telangana engaged in anti-Maoist operations) at Karregutta forests near Penugolu village in Mulugu district, which is close to Semaldoddi village of Elmidi police station in Chhattisgarh’s Bijapur district.

According to reports, the Greyhounds, along with teams of District Reserve Guard (DRG) and Central Reserve Police Force (CRPF) from Bijapur were on a combing operation in Peruru, Ilmidi and Usur forest areas bordering Telangana and Chhattisgarh, following information that about 40-50 armed Maoists, including senior Maoist leader Sudhakar, divisional committee member of Venkatapuram were camping in the area.

“At around 7 am on Tuesday, the security forces met the Maoists, resulting in exchange of fire between the two sides. During the search of the incident site after the encounter, bodies of four Maoists including a woman, were recovered.” The bodies of the slain Maoists were yet to be identified.

The encounter was also confirmed by IGPolice (Bastar range) Sundarraj P in a statement issued to media.

“A jawan belonging to Telangana Greyhounds was injured in the encounter and he was airlifted to the Mahatma Gandhi Memorial government hospital at Warangal for treatment. Presently a search is being carried out by the police in the vicinity of the incident site,” he said.

A woman Maoist cadre was gunned down in a separate encounter at Marjum area of Sukma district. “The woman killed in the encounter in Sukma was identified as Munni, and was an area committee member of Maoists, carrying a reward of ₹5 lakh on her head,” the IG (Bastar) said.

A senior Telangana police official said the joint operation comprising police forces from Mulugu and Bhadradri Kothagudem districts and those from Chhattisgarh had been going on for quite some time following a tip off about the movement of top Maoists heading Vajedu, Venkatapuram, Charla and Dummugudem area committees.

“We have specific inputs about the movement of the top leaders. Our operation will continue till they are neutralised.” 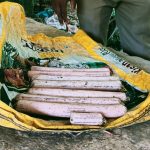