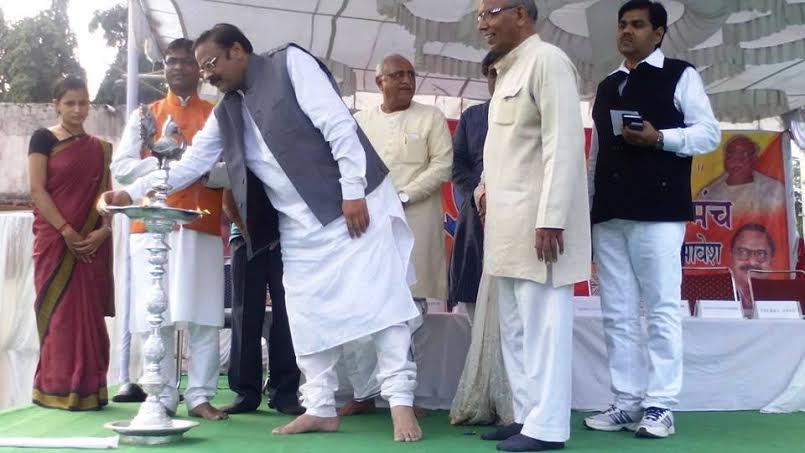 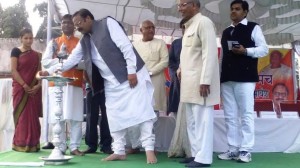 Bhubaneswar. While the Bangladeshi infiltrators pose a grave threat to the security and economy of the country, Odisha which gets an influx of 500 infiltrators daily in an organized way has faced a spurt in crimes in which these illegal inhabitants are involved, said speakers at a national convention of the Bharat Raksha Manch here, reiterating that the infiltration of Bangladeshis should be treated as the biggest internal security problem.

Bharat Raksha Manch (a non political organisation which was formed on June 27, 2010 at Bhopal with the abject intention for tackling the menace of Infiltration from Bangladesh into India) held its National Executive here today. The Manch has been actively working as a pressure group for illegal Bangladeshi immigrations and its effects.

During the last elections, the Manch had lobbied with all political parties and candidates and asked for specific commitments to check the rising menace. Many mainstream and regional parties had responded and included the matter of the illegal Bangladeshi immigration in their manifestoes.

During the Executive Meeting and Convention, the national leaders expressed their concern over rising menace of Bangladeshi infiltration. The rising rate of illegal infiltration is having a severe impact on the country’s security, social and economic structure. Nearly 5000 Bangladeshis are crossing over illegally into India every day and the State of Tripura, Meghalaya, Assam, West Bengal and Odisha are the worst  affected. The scale of Infiltration is such that the demographic profiles of many of the districts in the bordering states have undergone metamorphic changes. Besides National Security, this is wreaking havoc on the economy of the country, they said. 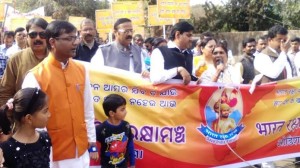 “The Manch will soon release a White Paper on the scale of Bangladeshi Infiltration in Odisha. The report is a yearlong effort which is being prepared under the chairmanship of Anil Dhir”, said National Co-convener Murli Manohar Sharma, adding that here is a daily influx of around 500 illegal Bangladeshi citizens in the State. Odisha has become the hopping point for illegal immigrants who enter the porous coastal villages and many places in Kendrapada and Jagatsinghpur coast have become mini-Bangladesh as the migrant population keeps ballooning every year. The influx which was initially spread in the coastal patches along the Mahanadi deltaic region, started since in the fifties but after the 1971 war, it has escalated and has posed a serious problem for the administration. Political parties have been giving and are giving these infiltrators patronage for the vote bank that they carry, he said.

According to Anil Dhir, this influx is destroying the region’s fragile eco-system. The intruders have turned the Bhitarkanika forests into a safe haven for illegal activities. There are nearly 60 clusters of hamlets on the fringes of Bhitarkanika National Park and several villages have come up illegally within the sanctuary itself. The fragile eco system has the country’s second biggest Mangrove system, which is now being severely destroyed.  Odisha is the chosen destination as the immigrants’ bear the striking similarity in physical appearance and a common mother tongue with that of the locals, who have earlier migrated from West Bengal, had settled in the coastal pockets.

The Manch conducted a series of studies including identifying villages and towns where the immigrants have settled. There are 54 towns in the State which have a sizeable distinct, easily identifiable Bangladeshi population and this is increasing every day. Mr. Dhir has also compiled a list of villages where these settlers have put up. The infiltrators, with political patronage, are getting their illegal and unlawful presence legalized. They have got ration cards, voter’s identity card and BPL cards, some of them have even got government jobs.

The Manch has reiterated that infiltration of Bangladeshis should be treated as the biggest internal security problem. It’s the acute because government feels that it can do nothing about it. There is no military response, diplomatic responses have failed, border management is not effective and the legal response is zero. The difference between the earlier influx and now is that earlier it was not an organised affair. They were stragglers, coming in ones and two’s, often most of them going back with their earnings. There were enough reports on these by the Intelligence agencies, but politics played a frontal game.

Today, the influx is on an organised basis. The infiltrators are provided all sorts of logistical support from start to finish. How they will come, where they will land, the safe houses (madrasas /mosques etc). Papers are prepared for them before they reach. Jobs and professions are fixed up for them. Channels for sending and receiving money etc. are established. Most of this is HUJI and LET sponsored.

New mosques and madrasas are springing up in these areas. These people are all sleeper cells for their handlers in the terrorist organisations. The infiltrators are mostly engaged in illegal trades, said Dhir.

He gave a list of professions which included Smuggling of Cattle, Scrap mafia, poaching, human trafficking, counterfeit currency, drugs, highway robberies etc. The crime records of the coastal districts bear testimony to this. All the Marine Police Stations are defunct as they do not have trained man power. The speed boats and interceptors crafts are rotting. The matter of issuing Biometric ID cards to all fishermen is not complete, he added.

To create public consciousness and highlight this grave national issue, the Manch organised a massive rally today, which culminated in a public meeting. 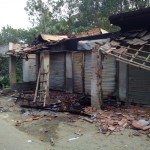 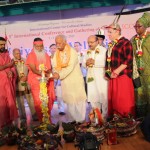