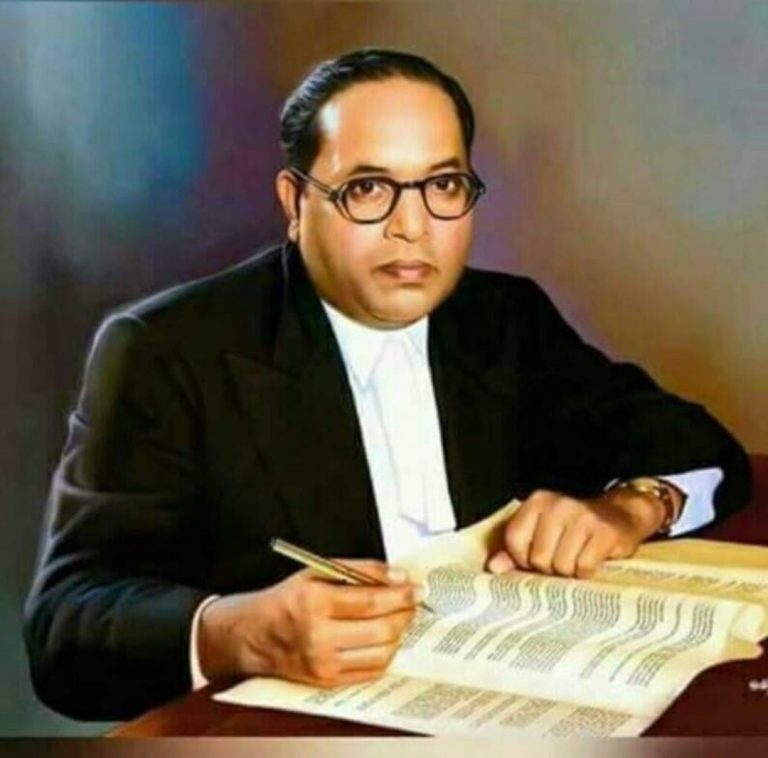 Every December 6th, the nation pays tribute to Bharat Ratna Dr. Babasaheb Bhimrao Ramji Ambedkar on his Mahaparinirvan Diwas. Dr. Ambedkar, throughout his life, progressively worked for the rights of the untouchables and other marginalized sections of society. He was instrumental in fighting for the untouchables’ social recognition and electoral rights. Dr. Ambedkar was also the main brain behind drafting the Constitution of India. After his death on December 6th, 1956, he was cremated at Chaitanya Bhoomi in Mumbai, Maharashtra. His whole life has inspired others, and his legacy will continue to inspire generations for centuries. A man with such extraordinary talents is born only once in thousand years.

India has produced many a social and political thinker during her long and chequered history, among whom Dr. Babasaheb Ambedkar ranks as one of the most prominent. His personal and bitter social experiences, progressive and liberal western education, extensive reading and research, and contact with the masses provided him with the required perspective, theoretical framework, depth and dimension for understanding and analysing any problem, particularly the social issues of India. Dr. Ambedkar was a rare combination of a political leader, legal luminary, constitutional expert, and erudite scholar and champion of the oppressed masses, whose memory will never fade from the minds of the suffering masses. Mr. Joachim Alva writes on Dr. Ambedkar thus – He (Ambedkar) was a great scholar, his penetrating intellect set on that massive figure of his, can always carry him through anywhere, at all places.

The contribution of Dr. Ambedkar to the formation of the nation post-independence and the rights of untouchables and marginalized sections of India is immense and of course, unforgettable. Dr. Ambedkar wanted social reforms not as a gesture of concession but as a matter of right. His intense desire was to create a new society through the inculcation of the spirit of independence and self-realization among the ‘untouchables.’ In other words, he wanted them to stand on their own feet.

Dr. Ambedkar’s social philosophy was his concern for Justice for the ‘untouchables’ in particular and all the people of India in general. He was fully aware that it is challenging to get Justice from people so deeply engrossed in a religion that, according to them, had given its seal of approval to the practice of the caste system. As the Chairman of the Drafting Committee of the Constituent Assembly, he was striving to write Justice in capital letters in the Constitution of India. He always maintained that India could not have an economic and political revolution unless the caste system was abolished.

The measures suggested by Dr. Ambedkar for uprooting the practice of untouchability can be divided into social, political, and constitutional categories which followed the establishment of an egalitarian and just society. These social measures included: the abolition of the caste system, encouraging inter-caste marriages and inter-dining, creating social awareness among the people about the irrationality of the caste system and the practice of untouchability, organizing the people to fight against these evils, and abolition of the Scheduled Caste ghettos under the New Settlement Movement Act, 1942 and assimilating the ‘untouchables’ with upper caste Hindus.

Dr. Ambedkar was a multidimensional and multifaceted personality who emerged as a great emancipator of that time through his intellectual power and social commitment. His ideas and ideals are relevant and valuable for all time and should inspire and guide our country’s leaders and the masses today. We have to look back on his life, achievements, and teachings to understand our nation’s true spirit. We must remind ourselves and others of his immense contribution to society and the country.