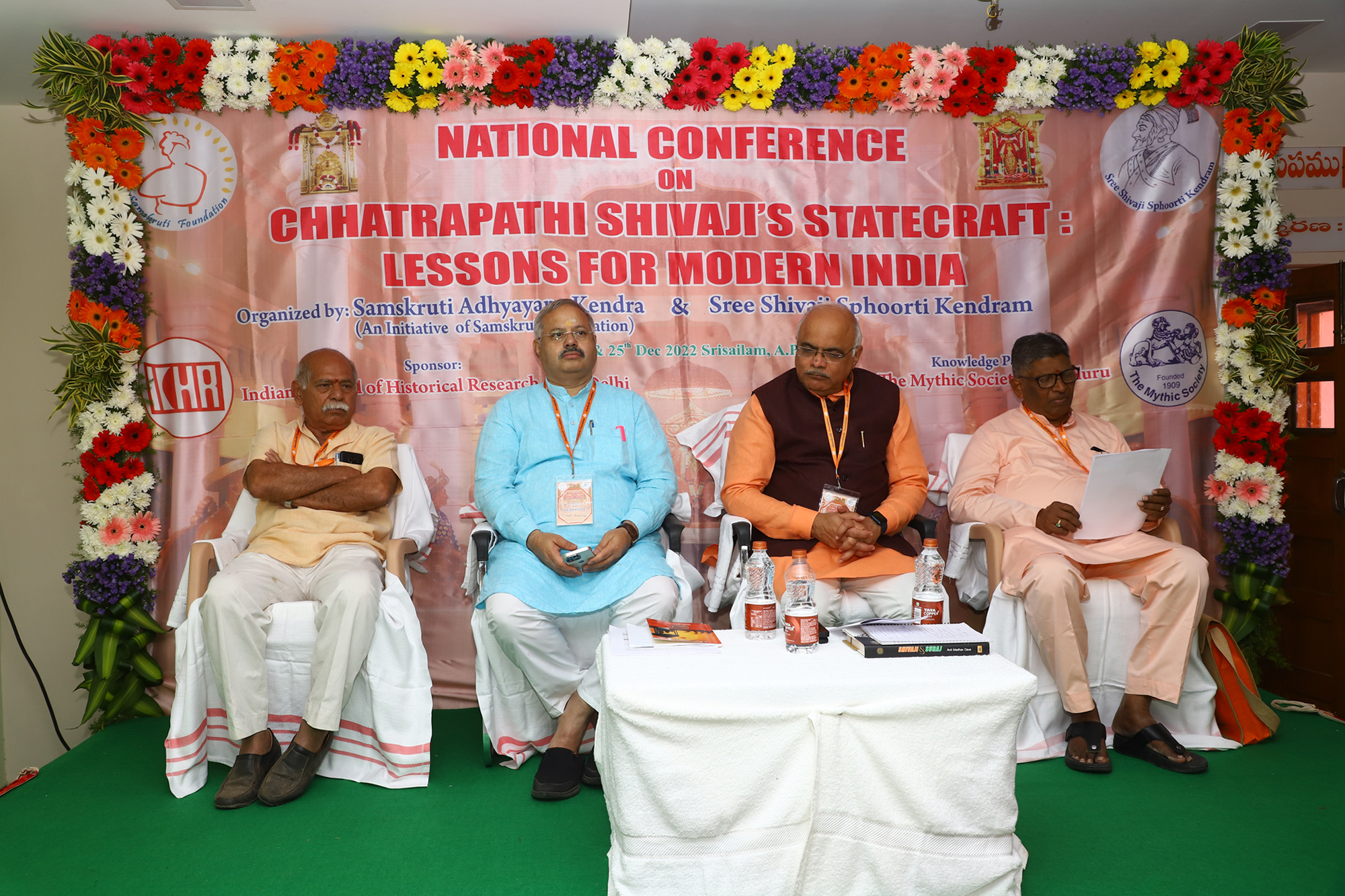 Bhagyanagar. In the era of governance deficit that affects the lives and livelihoods of millions of poor in India, the statecraft of Chhatrapati Shivaji, the founder of the Maratha Kingdom, who ruled around 350 years before, is relevant. The textbooks of India don’t talk much about the statecraft of Chhatrapati Shivaji and rather focus on his defeat of the Mughals, which is half the story. To discuss these, around 100 delegates arrived in Sri Sailam at the Sree Shivaji Sphoorti Kendra. Shivaji visited this place during his southern expedition and prayed to Goddess Bhawani.

“Chhatrapati Shivaji learned from history and not lived in history” said RSS Akhil Bharatiya Prachar Pramukh Sunil Ambekar Ji. He delivered the keynote address for the conference. “After fighting the Adilshahi regime, Shivaji changed the entire governance system” he said. Drawing a parallel with post-independence India, where colonial institutions took years to change, Sunil Ambekar stressed that learning the statecraft of Chhatrapati Shivaji is still pertinent so that the colonial mindsets are discarded and Shivaji’s imprints on our institutions and culture remains.

Calling for an international centre for studying Chhatrapati Shivaji at Sri Sailam, Dr. Vinay Prabhakar Sahasrabudhe, President, Indian Council for Cultural Relations, New Delhi, emphasis that the global community requires learning from the governance principles applied by Shivaji that helped in expanding the Maratha empire, which ruled successfully for years in India. He provided a deep sense of trusteeship in his statecraft following the principles of Upbhogshunya Swamy, a person who did not draw benefits from the power held by him\her. Shivaji mastered the art of equity, military excellence, fair revenue systems favorable to farmers and common people but never meant it to be a freebee.

Other speakers were Dr. Umamahseshwar Rao, Retired IAS, Ex-Director of Culture of Andhra Pradesh and Chairperson of Samskruti Foundation and Raghu Rammaiya, who was chiefly responsible for Sree Shivaji Sphoorti Kendra as a founding member. They spoke about the conference providing learning materials for students, scholars and researchers to work further to understand the statecraft of Shivaji as applicable in today’s times. 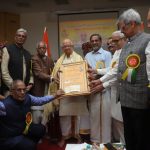