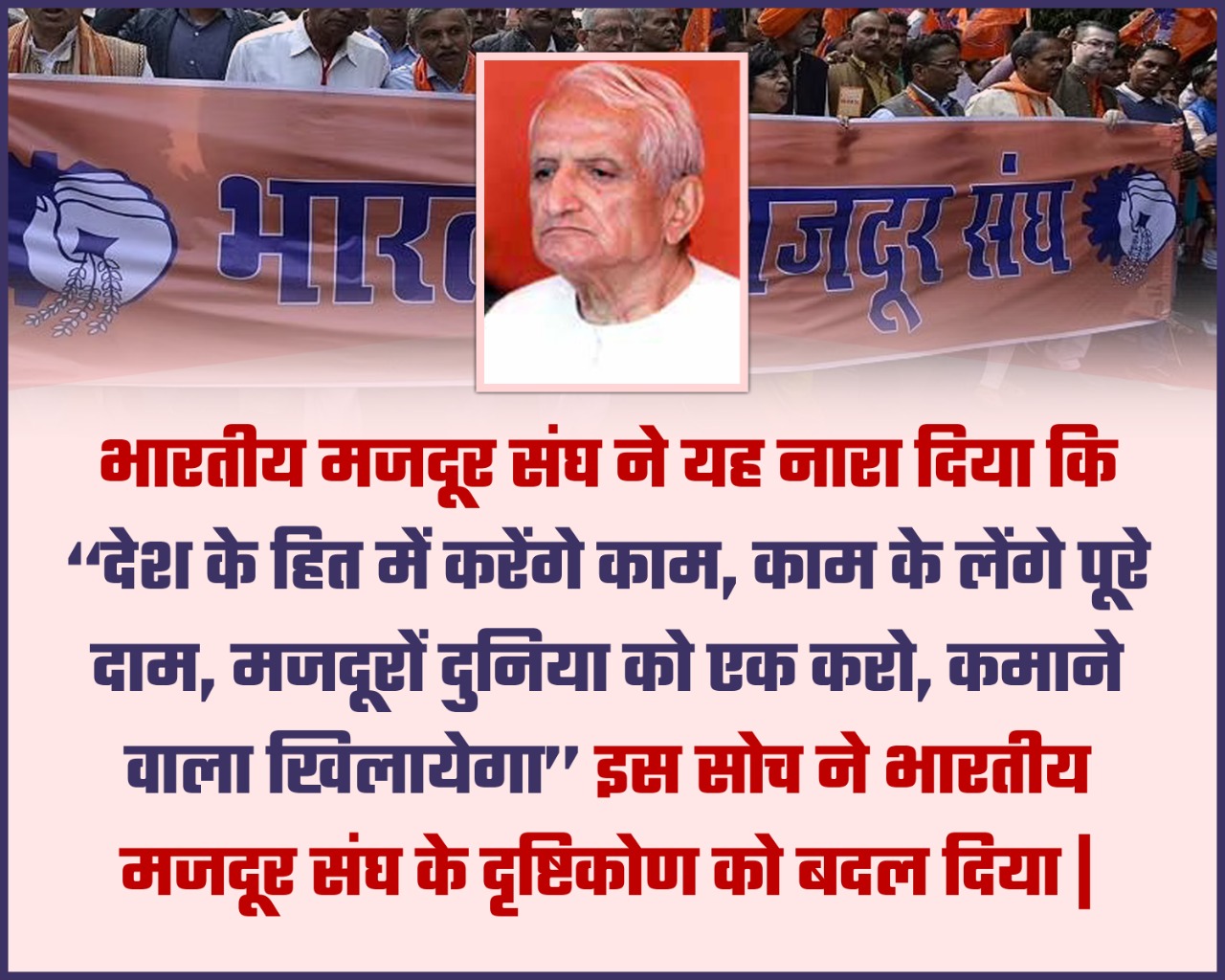 Rashtrarishi Dattopant Thengadi was a visionary architect (Drashta and Srishta) who created mass organisations like Bharatiya Mazdoor Sangh, Bharatiya Kisan Sangh, Swadeshi Jagaran Manch encountering stiff opposition, worked against time and moulded it according to his vision. Though it appears to be contradictory, Dattopant Thengati developed mastery over dialectical materialism and embraced Anasakta Yoga. Following illustration will reveal the above-cited phenomenon.

Dr. Hedgewar and Narendra Bhattacharya were active members of a revolutionary organisation called Anushilan Samiti in Kolkata. Narendra Bhattacharya went to Batavia to collect information about German ship carrying arms ammunition for Indian revolutionaries reaching the coast of Balasore in Odisha which was leaked and Baga Jatin along with his colleagues were martyred in a battle with armed forces of the British government at Chasakhand near Balasore. Narendra Bhattacharya left India as police were after him and reached Soviet Russia changing his name as MN Roy. MN Roy founded Communist Party of India at Tashkent in 1920. Later MN Roy came to India and formed Radical Party and presented his doctrine on Radical Humanism based on the western worldview of materialism. Contrast this with Thengadi Ji.

Dr. Hedgewar initiated RSS at Nagpur in 1925. Dr. Hedgewar’s worldview was based on the Hindu concept on Dharma, Artha, Kama and Moksha. Thengadi Ji joined RSS and became its pracharak in 1942. Thengadi ji created BMS, BKS, SJM etc. with a roadmap. “What is mind does not matter and what is matter do not mind,” remarked Chesterton which Thengadi ji though jokingly cited he embraced traditional Hindu worldview.

Rarest of rare personality having mastery over dialectical materialism, Dattopant Thengadi was a living embodiment of Anasakta Yoga. He took charge of Loksangharsh Samiti created by Jaiprakash Narayan in 1975 and launched a movement against the emergency regime of Indira Gandhi till she was defeated in 1977 general election. He did not accept any post in the government of Morarji Desai though on his advice Jan Sangh was merged in Janta Party. He refused to accept Padmavibhushan title later on. Communism was in reverse gear in Russia was his observation in 1968. Speculative trade practices like stock exchange, Derivative trade, currency market etc. etc. he opposed and preferred self-employment against wage employment.

Author of more than hundred books on various topics, his inspiring and thought-provoking titles like “Karyakarta”, “Third Way”, “On Revolution” and “Prefaces in Hindu Economics” etc. are extremely popular.

Born on November 10, 1920, at Arvi in Maharashtra Thengadi Ji joined RSS as pracharak in 1942, worked in Kerala and later in Bengal. He also worked for Dr. Ambedkar and formed Adim Jati Sangh. He was member Rajya Sabha for two terms. 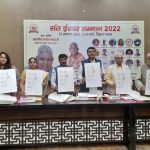