Amroha. Holi celebration in Amroha (U.P.) turned grimmer on Friday (March 18) when a Muslim mob suddenly started pelting stones on a group of Hindus who were out to celebrate the festival of colours Holi. The incident happened in Mohalla Chhanga Darwaza in Amroha city in the afternoon on Friday.

A group of Hindus were playing Holi and dancing to the tune of a DJ. Muslims from the nearby mosque objected to the Holi celebration. The Hindus tried to convince the mob that it was just for a few hours.

But before they could understand anything, stone-pelting had started. Many Hindus were injured in the attack and are undergoing treatment in various hospitals in the city.

When the incident happened, a Holi Milan Samaroh was going on at the residence of the District Collector Balkrishna Tripathi. The Superintendent of Police Chandrasekhar Shukla rushed to the spot with the police force and tried to control the situation.

Shukla said, “An FIR has been registered in the case and some people have been arrested. There are videos available of the stone pelting and the culprits are being identified.”

Some videos of the incident had gone viral on social media, in which young Muslim people could be seen pelting stones from the rooftops.

The incident happened in Mohalla Chhanga Darwaza in Amroha city in the afternoon on Friday.
The Hindus tried to convince the mob that it was just for a few hours.https://t.co/e3BJN9eBlA pic.twitter.com/hZ3vPmJofu 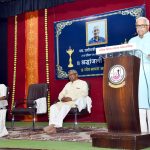 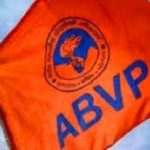