Rogue cops of Kerala mostly sympathizers of CPI(M) and Islamic extremist outfit SDPI were deployed by IGP to violate traditions in Sabarimala. On Thursday, there were rumours that two more young women will be taken to Sabarimala in the cover of darkness by cops.

Janam TV camera man and journalist spotted two suspicious persons in guise of devotees and followed them. Their suspicion turned true when the camera man followed the rogue cops. The cops were chased and they had to drop the plan. If this is the way to implement the Supreme Court order, then this clandestine move should be defeated. Unfortunately, all these operations are being managed by people in the Chief Minister’s Office. 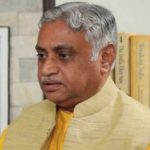