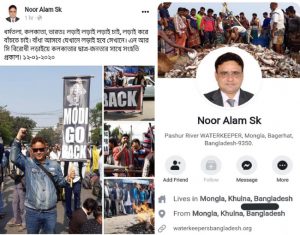 New Delhi. It is well known that foreign elements have been fomenting trouble in various parts of the country in the name of opposing CAA. There have been many instances where foreign nationals who arrived on tourist or education visa took part in anti-India rallies. A German academician was deported after his participation in rally against CAA. Many Pakistan handles were found tweeting against CAA. Now it has come to notice that a Bangladeshi news reporter took part in anti-CAA rally in Kolkata and the state police seem to be unaware of his involvement.

The journalist Noor Alam SK from Khulna in Bangladesh had posted photos from the rally he took part in against CAA on his Facebook account. The post went viral with many questioning as to how a non-Indian was allowed to participate in a rally which is against the Indian government. Questions have been raised about the way this journalist entered India and whether he came on a tourist visa or through other illegal means. One holding a tourist visa cannot participate in any activity which is against India government.

Taking the matter seriously, Legal Rights Observatory (LRO) on January 12th has filed an complaint with the Ministry of External Affairs for Bangladeshi national Noor Alam’s participation in anti CAA rally and holding ‘Modi Go Back’ placards in hand at a Kolkata rally. LRO has requested MEA to investigate and expel him from India with immediate effect. LRO has also lodged a complaint with the Commissioner of Police of Kolkata and requested that Noor Alam be tracked, arrested and deported as he took part in a political protest which is not commensurate with his visa. The Kolkata Police is yet to reply to the complaint. 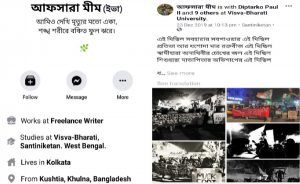 In another instance highlighted by LRO, a Bangladeshi student studying in Vishwabharati University took part in the anti-CAA rally which is against the student visa rules. The student Afsara Meem is studying in the university is also from Khulna. She too had posted pictures from the rally with derogatory and abusive placards of PM Modi and CAA. LRO has urged Home Ministry to investigate the role of Afsara Meem in anti CAA protests. 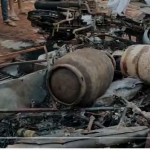