New Delhi. The whole nation is appreciating the Central Government for banning the Islamic extremist organisation Popular Front. Majority of the states, except Kerala have welcomed the action taken by the Centre.

Several states and famous personalities have hailed the Government’s action on PFI. Uttar Pradesh Chief Minister Yogi Adithyanath told that it is a commendable and welcomed move by the Government. The Centre has made clear that any movement to disturb the unity and integrity of the nation will face grave consequences, he wrote on twitter.

Assam Chief Minister Himanta Biswa Sarma too has welcomed the PFI ban. Taking to Twitter, Himanta Biswa Sarma said – “I welcome the ban on (Popular Front of India) PFI by the Government of India. The Government is firm in its resolve to ensure that anyone with a diabolical, divisive or disruptive design against India shall be dealt with iron fist. India of Modi Era is Decisive & Bold.”

Maharashtra CM Eknath Shinde has responded that the decision of the Union Government is precise and our land belongs to patriots. The Popular Front and its related organisations were involved in serious crimes. The organisation was planning something serious in Maharashtra too, added the CM.

In Maharashtra, Navnirman Sena workers celebrated the decision of the Union Government by bursting fire crackers.

Though the majority of the states have come up to appreciate the Central Government on the PFI ban, Kerala, the state that has always made safe haven for PFI, not yet responded anything against the Popular Front. 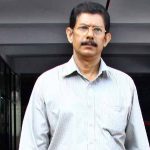