“It was Sardar Patel’s idea to join Tawang with Arunachal Pradesh. The state had not got its name at that time. It was known as NEFA (North-East Frontier Agency). The administration was under Assam at that time. The officials concerned were told to hoist the national flag along Tawang border under the 1949 Shimla agreement,” Khandu can be heard saying in a video tweeted by news agency.

“It took two months at that time to do this. When Major Bob Khating sent a message on his arrival, the Governor further reached out to then Prime Minister (Nehru) because Sardar Patel had died by that time. But Nehru said – ‘What do we have to do by taking this place?’”

Khandu further stressed, adding – “But this could not be conveyed to Major Bob Khating. So, he – without any command – hoisted the flag. These are the chapters in history lost in time.” Bob Khating is hailed as the man who brought Tawang under India’s control. 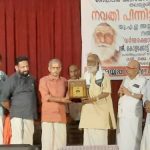