Itanagar. Arunachal Pradesh on Tuesday celebrated the International Day of Yoga in 45 different locations of the state. Union Law Minister Kiren Rijiju led the event at Dong in Anjaw district, bordering China. It is the eastern-most village in India, near the point where borders of India, China and Myanmar meet. Dong receives the first sunrise in India, thus earning it the nickname ‘India’s Land of the Rising Sun’.

The Ministry of Ayush is observing International Day of Yoga at 75 iconic locations across the country. The theme of this year’s celebration of the day is “Yoga for Humanity”. State Governor Brig Dr. BD Mishra (Retd) led the event at Raj Bhavan here. Speaking on the occasion, the governor said that yoga is many thousand years old wellness pursuit of Indian origin and practised by ancient intellectuals and sages for physical, mental and spiritual upliftment.

He said that yoga provides harmony of the body and mind and enables the practitioners to imbibe peace of mind, good health and positive attitude. Mishra said that on the initiative of the Prime Minister Narendra Modi and subsequent to his laudable address in the UN General Assembly on September 17, 2014, the United Nations General Assembly on December 14, 2014 with overwhelming support of its members, declared June 21 as the International Day of Yoga (IDY).

“Today, it is one of the most popular wellness regimes adopted across the world as an ideal way of life,” the governor said and emphasized that the benefits of yoga must reach everyone in the country so that they can adopt it to their advantage. The governor appealed to the people to regularly practice yoga and further stressed on motivating the younger generation to gainfully practice it. Chief Minister Pema Khandu joined the event at Tawang Monastery in Tawang, the border district along with monks, ITBP personnel and students. Taking to twitter Khandu said, “A wonderful start to my day as I took part in #yoga session at Tawang Monastery. I was joined by young students, monks, ITBP jawans and my brothers & sisters from #Arunachal.”

“I urge everyone to practice yoga to lead a healthy life,” the chief minister said in another tweet. The main event at the district level was organised at the Golden Pagoda in Namsai district which was attended by Union Minister of State for Steel and Rural Development Faggan Singh Kulaste and state’s Deputy Chief Minister Chowna Mein. 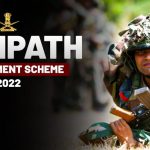