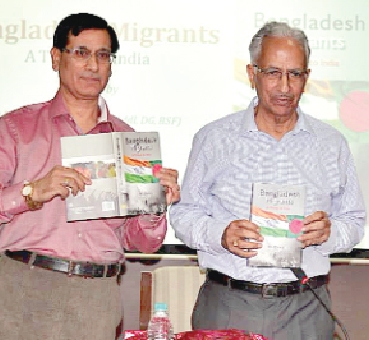 New Delhi. Nobody can verify the trend of Bangladeshi migrants in India but our estimation is no less than 2 to 6 crore of them in India,” former Border Security Force (BSF) additional director general PK  Mishra said at the launch of his book ‘Bangladeshi Migrants – A threat to India’ in New Delhi on May 13.

He said that hundreds of hundreds Bangladeshi migrants enter through Sunderban, Maldah, Silchur and many of them have settled between Purnia and Islampur (Bihar), which are very close to the Nepal border. In Pari Pura in Srinagar, there is a Bangladeshi migrant village.

No government has ever tried to identify the strength of Bangladeshi migrants. And now it is emerging as a big threat to the country. Mishra claimed that about 25 percent of the Public Distributing System (PDS) items go to the Bangladeshi migrants. And basic things like, land, education, jobs, health care facilities are also being snatched by migrants from our own children. He said, farmers in India are not able to purchase cattle to plough their land due to increase in cattle price; but still lakhs and lakhs of cattle are being smuggled to Bangladesh.

A recent report revealed that, around 15 Bangladeshi comes to India daily with proper valid document and about one-fourth never return. It’s time we open our eyes and find some political solution to this sproblem,’ said former BSF additional director general. And revealed that ‘Bangladeshi migrants from Kashmir to Goa poses  maximum threat to India’s security and that the extent of the threat can be measured from the land acquisitions that are happening in Assam’s Guwahati and Kokrajhar for the past 20 years.’ India-Bangladesh border is considered to be the most complex land border anywhere in the world and, “My book is just an effort to depict the real problems faced at India-Bangladesh border,” said Mishra while addressing the audience. “Bangladeshi migrants are the largest chunk of illegal migrants  from one country to another in the whole world and we hope the new government will take strong measures to solve this problem, “said Prakash Singh, Former DG, Border Security Force who was present at the book launch. 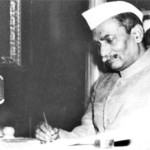