Pseudo secularists, Islamists, urban Maoists, Congress and Communists are extremely happy to get every chance to malign RSS, BJP, Modi and all nationalist forces, how insignificant it may. It is like a drowning man clutching at a straw. This is what one sees in the enthusiasm the anti-RSS and anti-Modi forces show in screening the BBC documentary “India: The Modi Question”.

As a result, Tuesday, January 24, witnessed untoward incidents in the country. Because the aforementioned teams wanted to screen the BBC documentary despite opposition from the nationalist forces. It reflects their mind set to challenge judiciary and go ahead with communal and political capitalisation hence insult the apex court, sovereignty, and the country’s Prime Minister who has turned a world leader.

In Kerala, BJP president K. Surendran sent a letter to the CM Pinarayi Vijayan to take-action to prevent the screening of the BBC documentary. Still DYFI and SFI (youth and student wings of CPM) men screened the documentary in different parts of the state. In Thiruvananthapuram, capital city of Kerala, BJP and BJYM workers and policemen engaged in pushing and shoving when the former took to the street to protest against the screening. Police charged water cannon against the BJP workers six times. Several BJP workers are injured. Police gave protection to the screening at Poojappura. The screening is reported from Kannur, Kozhikode, Kochi and Palakkad. And, in all places BJP and BJYM carried out strong protests.

Union Minister of state V. Muraleedharan said that the screening of the documentary is challenge to the credibility of the Supreme Court as documentary highlights the allegations the apex court had rejected long time back. He had contacted the chief minister and asked him to take-action to stop screening.

Anil Antony, AICC’s Social Media Coordinator and Digital Media Convener of Kerala Pradesh Congress Committee, and the son of senior Congress leader and former union minister A.K. Antony, told the media that the BBC documentary is an attack against the sovereignty of the country. Foreign agencies have no business in our internal affairs.

His statement invited the wrath of Congress leaders. As a result, Anil met the media and said that he steps down from Congress Party positions including that of AICC Social Media Coordinator. He said, in Congress, sycophancy carries more weight than qualities and talents. He said, at this juncture if he continues in the positions it is not good either for him or his party. He does not like to work with uncivilized people. Party suffers cultural erosion. The need of the hour is to safeguard the sovereignty and prestige of the country. He said, those who oppose him are pseudo politicians.

Anil Antony said, those oppose him maintain double standard with respect to freedom of expression. Congress leaders asked him to withdraw his statement against BBC documentary. Rahul Gandhi’s Bharat Jodo Yatra spreads the principle of love whereas party people propagate hatred in the name of BBC documentary. He said that lot of senior and young leaders do leave the party. He does not have any personal grudge against anyone.

He said, those who stand against the country’s interests would land in history’s garbage bin. Country’s interests should be given more importance than political interests. A.K. Antony said, he does not comment in this matter.

In Kozhikode, Youth Congress men screened the documentary, BJP carried out strong protest march against the screening. Speaking on the occasion, district president Sajeevan told that the CPM who advocates for ‘freedom of expression” on top of its voice, did not permit to screen the movie on the murder of the assassination of rebel CPM leader T.P. Chandrasekharan who was killed by CPM workers in May, 2012. It is a blatant example of double standard. The same time the spokespersons of Congress and CPM keep on arguing in favour of freedom of expression. If it is against RSS and Modi, they support it in the name of freedom of expression. But, if somebody posts something in FB against Pinarayi Vijayan, he will have to face legal action.

Kerala BJP president K. Surendran protested against the attack on the Janam TV journalist and cameraman in JNU campus last night, January 24. Gautham Ananthanarayanan and Unni K. Warrier were attacked by Left-Jihadi team when they went to the campus to cover the BBC documentary screening and the related issues. The attackers shouted: “RSS channel, leave the campus”. The attackers shouted in Malayalam also. 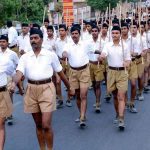 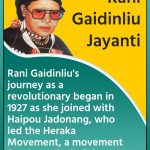