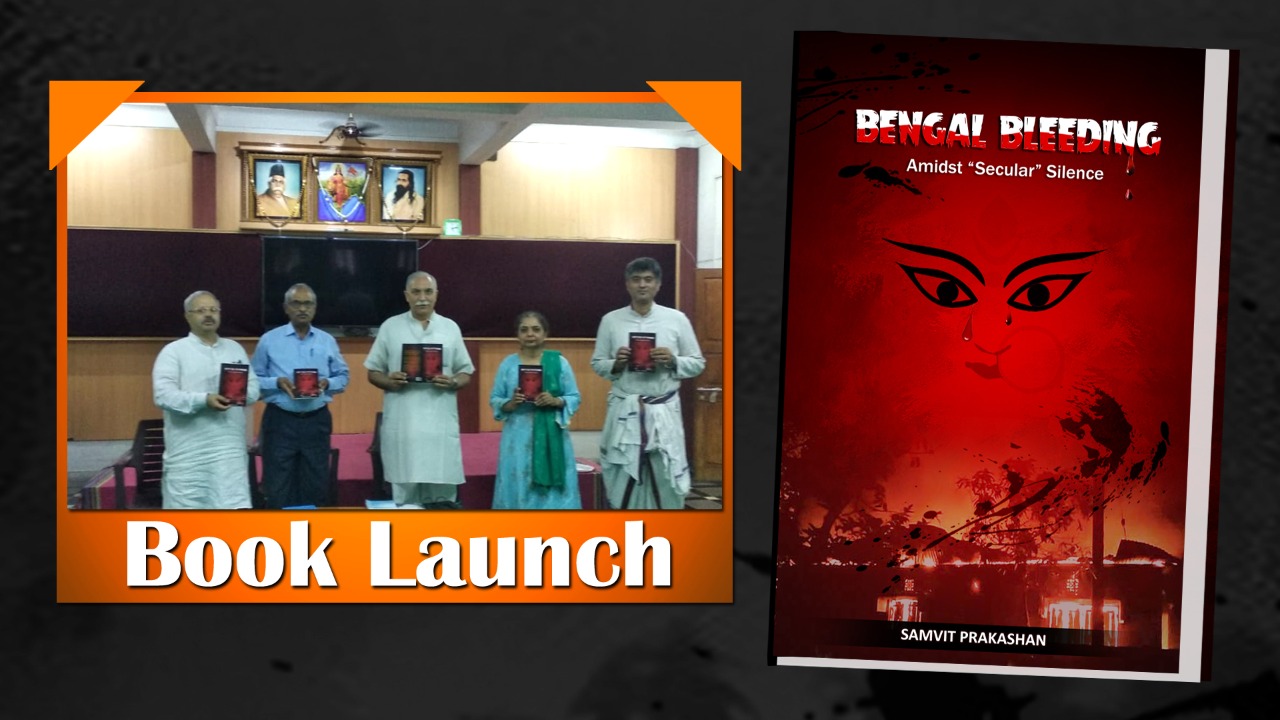 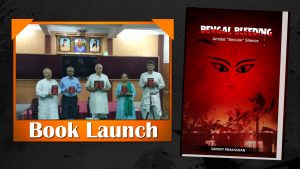 Bhagyanagar. Current violence in Bengal, its historical perspective and targeting of Hindus in particular, for the last 80 years have been vividly described in the book “Bengal Bleeding”. The book was released by RSS Sah Sarkaryavah Arun Kumar, in the presence of Akhil Bharatiya Prachar Pramukh Sunil Ambekar, and Gopal Reddy, Pro VC Central University of Bihar. The book was released in a function held on 26th June, 2021 at Kesava Nilayam, Bhagya Nagar.

Speaking on the occasion, Shailaja gaaru, Director of Samvith Prakashan, who are publishers of the book, said that before and after partition of India in 1947, the people of Bengal had to struggle constantly with the onslaught of Islamic Jihadi forces. Right from 1941 till date, the Hindus of the then East Pakistan (now Bangladesh), had to face repeated attacks from these forces who created an atmosphere of terror. For last 8 decades, Hindus had to face attacks from Islamic forces on one hand and Communist, Trinamool Congress forces on the other hand.

This book of 144 pages will be useful to the current generation of readers to understand the nature and magnitude of decades’ long violence and its impact on Bengali Hindu society. Recent events in Bengal, reports of post-poll violence, arson and loot, with thousands fleeing their homes to the security of neighbouring states, have disturbed many.

The book describes the resignation of Pakistan’s first law minister, Jogendra Nath Mandal, the circumstances and the developments of the period which forced him to resign and leave Pakistan for India. His first-hand eye witness record of the atrocities committed on Hindus in East Pakistan, which he had mentioned in his resignation letter are also included in the book.

Vidyaranya, Director of Samvith Prakashan and others participated in the book release function.

The copies of the book are available at Sahitya Niketan Bookshop, Kesava Nilayam, Barkatpura, Bhagyanagar or can be ordered on Hindu E Shop.