Bengaluru. The investigation by the Anti Terrorism Squad (ATS) into the August 11 riots by Jihadi mobs in Bengaluru have made startling revelations. 40 of the rioters who have been arrested till now have direct links with one or the other Islamic Terrorist Organisations, reveal the state ATS investigation. Many of these rioters had links with the Jihadis involved in the murder of RSS Swayamsevak Rudresh who was killed in 2016, as per Vijayavani report.

Police sources said they had also found links of these rioters with Tamil Nadu-based Al Ummah, which was involved in a bomb attack near the state BJP headquarters in Malleswaram in Bangalore in 2013 and also with the militants of the Indian Mujahideen who were involved in the Church Street terror attack in 2015. Many of them were in touch with the leaders of the banned Al Hind brigade which is also based in Tamil Nadu.

When the police interrogated one of the arrested rioter Samiyuddin, it was revealed that he was in touch with the leaders of Al Hind brigade. Based on this input, the police tracked the call records of Samiyuddin which further revealed that even other rioters had links with the terror organisation. These revelations which indicate the involvement of these three Islamic terror organisations in the Bengaluru riots, have startled the police and the security apparatus in the state.

These terror organisations which operate under different names have been recruiting local Muslims to carry out their nefarious activities. The Tamil Nadu government had banned the Al Ummah Islamic organization but it was later reborn as Al Hind brigade which expanded to Karnataka. At the same time, the activities of PFI and SDPI began to go on a overdrive in the state. Al Hind and Al Ummah have similarities while the Indian Mujahideen operates on its own. Investigators said the members of these two organizations have been targeting the leaders of Hindu organizations which is one of their prime objectives, the police say.

Meanwhile, the Central Crime Branch (CCB) has expedited the process of arresting those convicts who are absconding and hiding in other states. 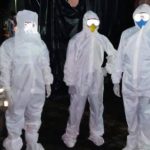