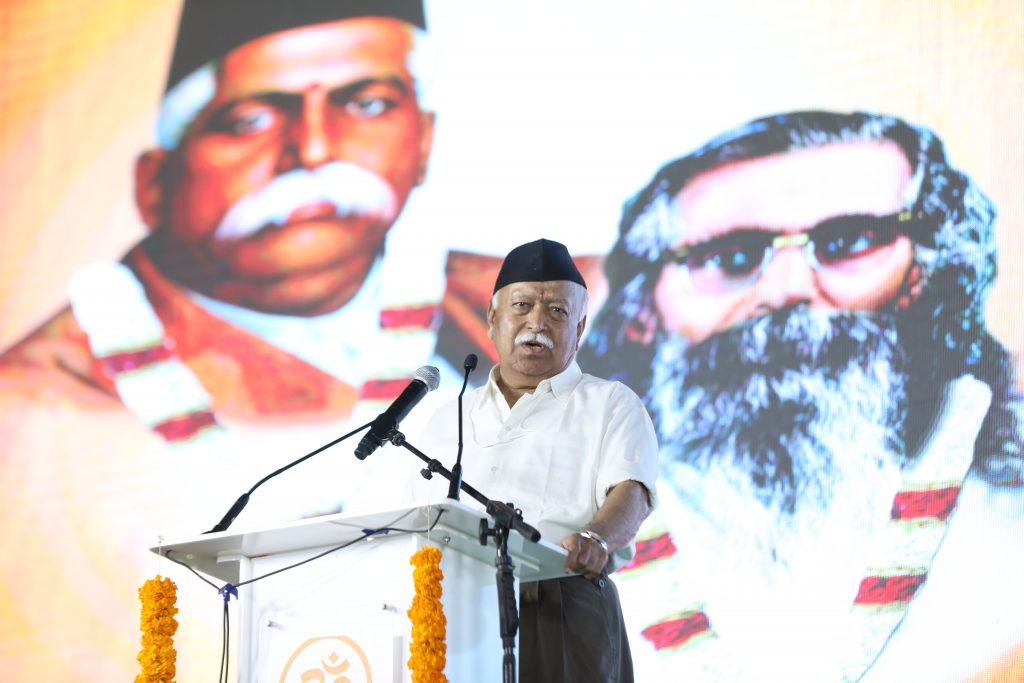 Organized Hindu society can guide the world as a Vishwa-Guru 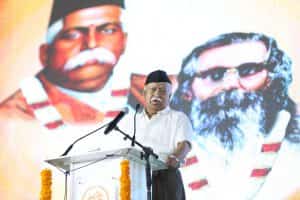 Bhagyanagar (VSK). Swayamsevaks work for the development and success of the nation, without selfish motives and with no desire for credit, said RSS Sarsanghchalak Dr. Mohan Bhagwat Ji. “They struggle and strive round the clock and yet sing the glory of Bharatmata with a smile on their lips,” he said.

RSS Sarsanghchalak Dr. Mohan Bhagwat addressed a massive public gathering at the Saroornagar stadium, Hyderabad on the evening of 25th December 2019 on occasion of the Sarvajanika Utsav of `Vijay Sankalp shibir’. Nearly 25000 people attended the public meeting, among them over 8500 swayamsevaks drawn from all the districts of Telangana. The swayamsevaks are attending a 3-day camp in Bharat Engineering College at the outskirts of Hyderabad.

Sarsanghchalak Ji said that the camp was named Vijay Sankalp Shibir and people may wonder what that victory was. “Bharat always stood for Dharma Vijay which is achieved through Saatvik methods and service orientation, by selflessly working and serving society with affection and oneness towards all.”

On the other hand, Tamasik and Rajasik victories have selfish motives and are concerned with self-aggrandizement. “Unfortunately, the world is filled with Tamasik and Rajasik forces. Our Bharatiya culture alone is capable of achieving Dharma Vijay and such an organized Hindu society can guide the world as a Vishwa-Guru,” Shri Bhagwat said. People of  Sattvik nature are positive and work for society with a constructive approach, irrespective of the challenges and constraints. “When we attain success in this manner, we achieve ‘Dharma vijay’,” he added.

People always look towards great leaders and governments for development. But it is our responsibility to work towards the nation with dedication. Gurudev Sri Ravindranath Tagore in his `Swadeshi Samaj’ wrote that despite some inherent contradictions between the Hindus and Muslims, the Hindu society is capable of finding solutions in a Hindu way to unite the nation. This is the Hindu thought process, and our cultural values define the Hindu way of life.

“Irrespective of religion and culture, people who have nationalistic spirit and respect Bharat’s culture and heritage are Hindus. And RSS considers the 130 crore people of the country as Hindus. Entire society is ours and Sangh aims to build a united society that appreciates the diversity in unity,” he said.

Dr. Mohan Bhagwat said, the purpose of the RSS is not to be just an organization, but to organize and strengthen society with the right kind of cultural and social values. RSS never sought publicity for itself in the last 90 years, but carried on service, RSS Sarsanghchalak said, and exhorted the karyakartas to work with dedication for the nation in future also.

Padmashri BV Mohan Reddy, of Cyient Technologies, who graced the occasion as the chief guest, said our moral values, education, women empowerment, integrity, trust and responsibility will have to be instilled in society, especially among younger generation to build a great Bharat. He shared his personal experience and said the values his mother instilled in him had inspired him to build a great technology company. 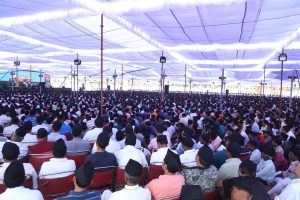 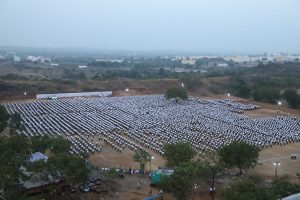 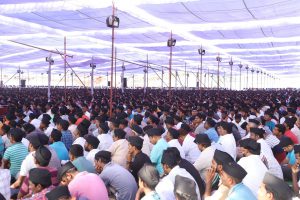 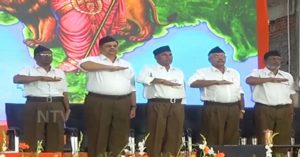 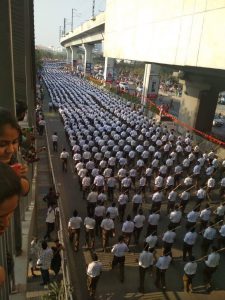 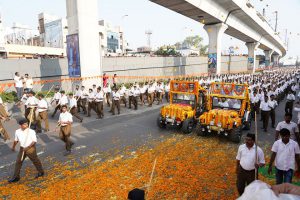 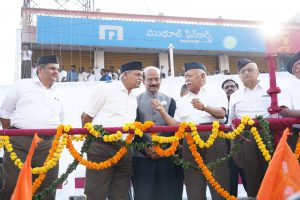 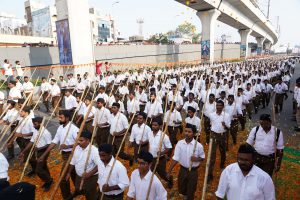 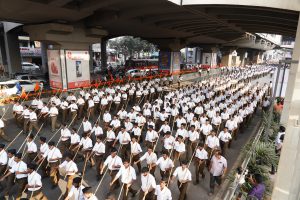 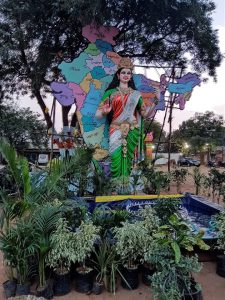