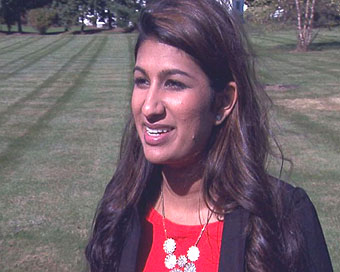 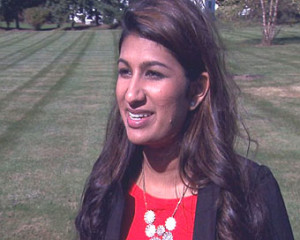 Neha won the award whose last year’s winner was Malala Yousufzai of Pakistan, who went on to win this year’s Nobel Peace Prize. Neha Gupta from Philadelphia became the first ever American to be awarded the Children’s International Peace Prize in The Hague, Netherlands.

She was awarded the prize by Nobel Peace Laureate Desmond Tutu at a ceremony in The Hague. The prize is awarded annually to a child, anywhere in the world, for his or her dedication to children’s rights.

Neha began her astounding work when she was just a child herself, visiting her parents’ native place Bharat nine years ago. Carrying out a family tradition of celebrating birthdays by delivering gifts to orphans, she was struck by the condition these children were living in.

Last week, in an interview to ABC News, Neha said: “The place was just really in shambles. I didn’t want to accept these things. These are things I wanted to fix.” She moved to fix them quickly, any way that she could.

Back home in Pennsylvania, she made a bold move, deciding to sell all of her toys to raise money for the orphans she had met in Bharat.

“We just put it out on our driveway and people came, bought things and it turned out to be such a successful event,” Neha said.

“From that one event we raised USD 700 and I’ve wanted to keep going,” she said. Gupta kept going, selling crafts door to door and collecting corporate donations in her father’s SUV. Nine years later, now an 18-year-old college student, she runs Empower Orphans, a global charity that has raised US $1.3 million.

The organisation reaches orphans in the US and abroad, helping to build classrooms, buy books, equip computer labs, pay for health exams, supply water and buy sewing machines to empower other young women to start their own businesses. 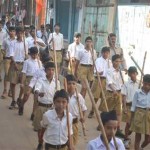