The Lok Sabha passed the historical Citizenship (Amendment) Bill, 2019. The debate which went late into the night ended with voting. With 311 AYES and 80 NOES and no Abstentions, the bill found its acceptance in the Lok Sabha. Division of votes ŌĆō

Home Minister Amit Shah who presented the bill expressed his gratitude to PM Narendra Modi for making the CAB a reality. He also thanked everyone who supported the bill. PM Modi too congratulated Amit Shah for lucidly explaining all aspects of the CAB. He also applauded the HM for giving elaborate answers to the various points raised by respective MPs during the discussion in the Lok Sabha.

The bill proposed by BJP has been opposed by the Congress, Trinamool Congress, Left Parties, NCP, SP, BSP and TRS while the BJD, JD(U), Shiv Sena, LJP, SAD, YSRCP and AIADMK along with parties in Meghalaya, Nagaland, Mizoram, Manipur have expressed their support for the amendment. HM Amit Shah replied to every query posed by the opposition members and allayed all fears of the bill being anti-Muslim or against constitution. 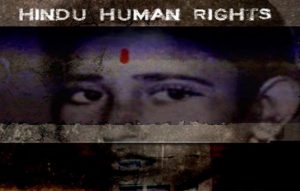 1). It is well known that those minorities who chose to make Pakistan, Bangladesh and Afghanistan their home had to constantly live in the fear of extinction. Pakistan failed to uphold the Nehru-Liyaqat Khan pact on protecting minorities.

2). This amended legislation by Modi govt. will allow India to extend the persecuted minorities in Pakistan, Bangladesh and Afghanistan dignity and an opportunity to rebuild their lives.

3). The bill has nothing to do with Indian Muslims. The bill only intends to provide protection to the persecuted minorities in Pakistan, Afghanistan and Bangladesh.

4). India is not a signatory to the UN charter on refugee asylum. India doesn’t need refugee policy, we have enough laws for the protection of refugees.

6). Pakistan Ocuupied Jammu Kashmir (POJK) is ours. Their citizens are ours. We still have kept 24 seats (in Jammu & Kashmir assembly) for them.

8). Partition was hoisted on the Country by the Congress. Had the partition not taken place, there would have not been any need for this bill.

9). Those who have suffered are the ones who can best tell their story. We cannot say no to shelter to those who have come here seeking protection for their daughters.