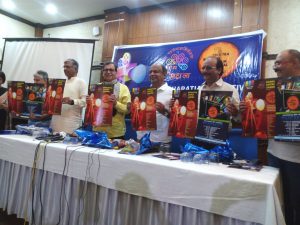 With the vision of making Bharat a leading nation in the field of films promoting integral humanism and thereby re-establishing the supremacy of Bharatiya ethos and philosophy, Bharatiya Chitra Sadhana will be organizing its 3rd edition of Chitra Bharati Film Festival (CBFF) from February 21 to 23rd, 2020 at Ahmadabad, Gujarat.

The films have to be under one of the following themes – Bharatiya Culture and Values, Constructive Work, Bharatiya Family, Social Harmony, Folk Arts, Water-Trees-Cleanliness, Women, National Security, Valour, Nationhood and Man Making Education for Nation Building. The films can be short films, documentaries, animated films and campus films too.

The CBFF organizing committee has said that such films have a strong capacity to help Bharat to regain its lost glory and become an effective support system for rejuvenating the Bharatiya society. To achieve this Bharatiya Chitra Sadhana encourages films that promotes progressiveness of Indian society with timeless philosophy, Bhartiya values & modern evolvements reflected in the above themes. To facilitate & promote such films and film-makers, since 2016 it is organizing Chitra Bharati Film Festival at different cities of India.

In the continuation of same legacy & the zeal to promote the rich Bharatiya culture the upcoming Chitra Bharati Film festival is scheduled to be organized and celebrated at Ahmadabad from 21-22-23 February 2020. The stated objectives of CBFF are as follows –

– To encourage film makers with commitment to Bharatiya values.

– To maximize efforts to promote Bharatiyata in films in Bharat and abroad.

– To identify and train young women and men with an aptitude of audio video productions and train them in various arts, crafts and techniques of film making.

– To create a corpus to provide finance to films promoting Bharatiyata.

– To create awareness amongst the masses to appreciate good films.

In July, the poster of the Chitra Bharati film festival was released by noted film director and producer Shri Subhash Ghai along with the secretary of Bharatiya Chitra Sadhna and chairman of Reception Committee Shri Ajit Bhai. They also launched the website of the festival. 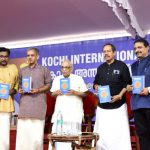