Ranchi.  Jharkhand chief minister Hemant Soren cleared CBI investigation into the ‘love-jihad’ case involving national-level shooter Tara Shahdeo late on Friday, Aug. 29. Soren met Tara and Ranchi Police officers at his residence for over an hour and decided to hand over the case to the CBI.

“Tara Shahdeo is a sports person and a gold medalist at the national level. The state would like to ensure she gets justice,” Soren told reporters. Asked if he wasn’t satisfied with the police investigation so far, Soren gave full credit to state police.

“They not just investigated in the right direction but also arrested the accused within four days of the FIR being lodged,” Soren said.

Tara had married one Ranjit Kumar Kohli in July this year and discovered within days that he had another identity, Raqibul Hasan Khan. She wrote in her complaint that she was tortured for over a month to accept Hasan’s religion. Kohli, alias Hasan, was charged under different sections of violence against women and also IPC section 498A (dowry) and 295A which deals with deliberate and malicious act intended to outrage religious feelings of a class by insulting its religious beliefs.

Sources close to the CM said it was because of the alleged involvement of some high profile people in the case of attempted forceful conversion, torture and cheating that the matter was handed over to the CBI for neutral and proper investigation.

Unwilling to comment on the role of two of his ministerial colleagues, Haji Husain Ansari and Suresh Paswan, who were allegedly in contact with the accused Kohli aka Hasan, Soren said once the matter is investigated by CBI, things would be clear. Soren said even as the state machinery was doing its work he wanted to meet the complainant personally.

“I wanted to talk to the shooting champion and listen to her version so that the government could take a final decision about the investigations,” he said. Assuring Tara of full support on behalf of the state government, Soren said she should continue with her shooting career.

Responding to the CM’s decision to recommend the case to CBI, Tara said she was happy about the support she obtained from government.

“This is not my individual fight and I am happy that the CM, after calling me his sister, honoured the relationship by demonstrating promptness,” Tara said, adding she was under the impression that the police could be influenced as Kohli was connected to high profile people in the judiciary and politics. 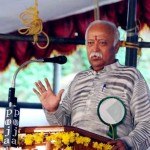