Andhra Pradesh/Telangana (VSK). At least 19 children, who were projected as orphans and forced to beg at traffic junctions in Cyberabad area, were rescued from a house in Ameenpur area on the outskirts of Hyderabad Thursday morning.

Police have arrested K John, who allegedly kept the children, including five girls, in a rented house- in the name of Brahmaputra Orphanage – in Ameenpur and sent them out to beg.

On Thursday morning, police noticed four children at IIIT Junction and another four at TCS Junction begging with small boxes with stickers of Brahmaputra Orphanage. They were taken to the police station where they revealed John’s name and the orphanage’s location.

“The 19 children used to be crammed inside the two rooms which had just one bathroom and toilet. The conditions were very unhygienic and dirty and the place smelt as it had not been cleaned for several days. The children lived and slept there,’’ said Police Inspector Ramesh Kumar.

The police found that none of the children were orphans. “John, who ran the orphanage, had taken the children from poor parents from villages in the neighbouring districts, promising to provide them good food, accommodation and education. However, to earn money to run the orphanage as well as for himself, he made them beg,’’ he said.

Every night, the children had to deposit the money boxes with John. They have not complained of any abuse so far. After a checkup at a government hospital, they were shifted to a government-run orphanage. 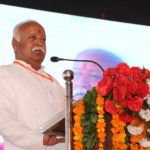