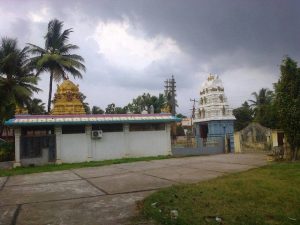 Hyderabad (VSK). The state’s ‘secular’ politics of appeasement has only emboldened the Christian missionaries to further hurt the sentiments of Hindus by conducting prayer meetings very next to a prominent temple in a village. The Andhra Pradesh government and police should take necessary precautions before such actions of the evangelists causes disturbances in the society.

The Hindus of Eeduru village, Attilil Mandal, East Godavari were upset with the failure of Andhra Pradesh Government authorities in stopping the three day Christian Prayer meetings that were held very next to Sri Varala Venkateshewara Swamy temple premises from 29th to 1st May.

Endowments department, which is a care taker of this old Sri Varala Venkateshewara Swamy temple have lodged a formal complaint with local police seeking necessary action to protect the sentiments of Hindus and to change the location of Christian prayer meetings. But police remained as mute spectators due to pressure from local politicians.

Villagers allege that this is a clear violation of GO 747, which prohibits the propagation of other religions at Hindu Worshipping areas, which came into force in the year 2007.

The locals accuse that Christian Missionaries were hell bent on conducting such evangelical activity next to temple is a conspiracy to disrespect the Hindu sentiments and Temples. 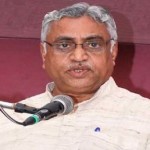