Kerala (VSK). At last Government of Kerala appears to be in a mood to act in connection with the confiscation of assets belonging to outlawed Popular Front of India (PFI) and/or leaders and operators of the terrorist outfit as the compensation worth Rs 5.20 crores for damages and public property destruction caused by the violent ‘flash hartal’ held (by PFI) on September 23, 2022. Land Revenue Commissioner, GoK, on January 20, issued instructions to District Collectors to go ahead with the ‘confiscation operations’ immediately. The order says, ‘there is no need of any notice for the confiscation’. Operations to be completed by 5pm, January 21.

Now, the GoK actions have been kicked off. Authorities have confiscated the land and house of PFI state general secretary Abdul Sathar, in Puthiyakavu, (Karunagappalli), Kollam. Action is in the wake of the ultimatum, issued by Kerala High Court’s Division Bench, consisting of Justice A.K. Jayasankaran Nambiar and Justice Mohammed Nias CP, January 19, to GoK to confiscate the assets before January 23, 2023. Not only that, GoK has to submit before the Court the district-wise details of the confiscated assets with the names of the leaders and the value of the assets respectively. The Court said that there is no need for issuing any notice before confiscation.

On January 19, Court expressed absolute dissatisfaction with the failure of GoK, within the time frame they (GoK) had set before the Court on December 23, 2022, to act. The Court said that there is no need of issuing any notice before confiscation.

Meanwhile, there are reports that according to Central Investigation Bureau (IB), Kerala Police’s Intelligence failure led to the growth of underground activities of PFI in the state. NIA has found that PFI’s clandestine meetings are going on in Kerala and Rajasthan despite the ban imposed on it, thanks to the soft attitude of the state governments to the banned organization. 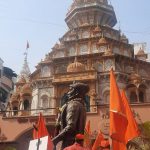 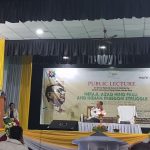