Kerala Pradesh Congress Committee (KPCC) Working President T. Siddiq MLA insulted Kerala Governor Arif Mohammed Khan saying that his present behaviour is due to the blow he suffered in his head at Jamia Milia University. He was referring to Governor’s interview telecast by Janam TV Malayalam channel in which he stated that Jamaat-e-Islami workers had beat in his head. Siddiq said, it was due to this slap he is talking ‘this and that’ behaves ‘like this’; and he does not remember where he is sitting. He ridicules, in his FB post that ‘Governor claims Jamaat men slapped him five times’. Siddiq went to the extent of saying that ‘people do laugh at the continuous war between CM Pinarayi Vijayan and the Governor’. He was stating indirectly that Governor is not of sound mental state.

Actually, Governor had raised a serious allegation, when Janam TV interviewed him recently, that Jamaat-e-Islami men attempted to assassinate him. He said this when the interviewer asked him why he kept the (CPM-controlled) ‘Kairali TV’ Malayalam channel and (Jamaat-e-Islami-controlled) ‘Media One’ Malayalam channel away from his press conference. Governor said, Jamaat has been maintaining biased, inimical and hostile attitude towards him. They tried to murder him five times. The last attempt was too brutal. The entire students in the campus had seen them beating in his head with a rod. When he was hospitalised, the doctors said that he would have died if the admission was delayed for 10 minutes. Those attackers belonged to the youth wing of Jamaat. Governor said that they believed in violence hence dangerous.

Why is Siddiq annoyed when Governor Arif Mohammed Khan goes for plain talk? He does not tolerate when Governor alleges that Jamaat attempted to kill him.

Right thinking people have been thinking and stating that both ruling CPM-led Left Democratic Front (LDF) and Opposition Congress-led United Democratic Front (UDF) are engaged in tight contest in supporting the minority vote bank politics in Kerala. Both Fronts were hand in glove in passing unanimous resolution in the legislative assembly in favour of Abdul Nasar Madani’s release from Coimbatore jail.

Recently, when the Modi regime banned Popular Front of India (PFI), the outfit’s offices in Kerala were not raided immediately; it took more than three days which gave PFI men ample time to take the files off the office; several leaders could go underground. And, there were media reports that the police were instructed not to ‘harass’ the people in the name of raids! When PFI was banned, LoP and Congress leader V.D. Satheesan equated the banned outfit with RSS.

These all are blatant pro-Jamaat-e-Islami mind sets filled with vicious designs to destabilise the nation. 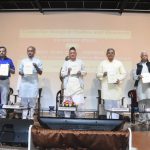