New Delhi. CCPA (Central Consumer Protection Authority) has imposed a fine of Rs 10 lakh on the ads of Sensodyne. The action is following its claim that the toothpaste was recommended by dentists around the world and it is the number one sensitivity toothpaste in the world.

Consumer Authority has voluntarily taken legal action against Sensodyne ads on TV, YouTube and Twitter. The ad shows dentists who are abroad. However, CAA has found out that the survey, which was in support of Sensodyne’s claims, was conducted only within India. Also, CAA has taken action against advertisements of Sensodyne rapid relief and Sensodyne fresh gel.

Consumer Authority said in a statement that the company had failed to submit a survey or study report in support of the claims made in the advertisement. The Consumer Protection Authority has also asked that advertisements containing these claims be withdrawn within seven days. 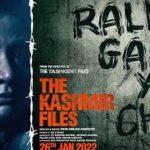