New Delhi. A group of around 50 doctors and scientists from the medical fraternity in India, led by former AIIMS director Tirath Das Dogra, hit out at the critics of the government’s approval to two COVID-19 vaccines, especially the one produced indigenously by Bharat Biotech, alleging that their “reprehensible” utterances are causing huge credibility crisis for the Indian scientific community.

“We are shocked to notice irresponsible statements by vested interests in print, electronic and social media platforms who are defaming the Indian scientific community and casting aspersions on its integrity by making the politicized statements doubting the research in the field of Covid-19 vaccines.”

The statement said such reprehensible utterances are causing a huge credibility crisis for the Indian scientific community, who have devoted themselves and their lifetime to make India a name to reckon with in the export of vaccines all over the world.

Former AIIMS director said that there is a vision to make India a global leader in the field of scientific research.

“Due to our untiring efforts, India has emerged a global leader in supply of vaccines to the world. Vaccines are exported from India to over 188 countries. Currently, more than two thirds of the total volume of the vaccines manufactured is exported while the rest is utilised domestically. The Indian vaccine market reached a value of Rs. 94 billion in 2019, and has still got unused potential for the future,” the statement said.

The statement, whose signatories include former AIIMS directors T D Dogra and M C Mishra, former CSIR-IICT, Hyderabad, chief scientist A Gangagni Rao and Manipal Education and Medical Group’s Chairman of Board Ranjan Pai, said these vaccines are our gift to the humanity.

“We urge upon our fellow countrymen to reject the manipulations of vested interests aimed at politicisation and defamation of our nation’s scientists, doctors and scientific community for their narrow vested interests. They need to realise that by doing so, these vested interests are wrecking the highly valued and credible scientific edifice created by us, which has made India a global leader in the export of vaccines all over the world,” the statement said. 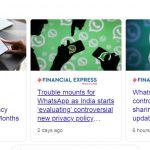 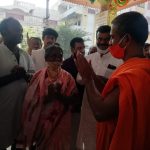