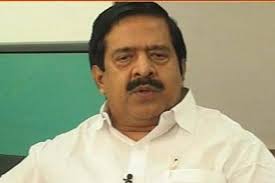 Thiruvananthpuram. The investigation into the murder of RSS activist E. Manoj at Kathiroor in Kannur district on Monday would be handed over to the Crime Branch, Home Minister Ramesh Chennithala announced here on Tuesday, September 2.

Addressing a press conference here, the Minister said that Additional Director General of Police (Crimes) S. Ananthakrishnan would oversee the investigation. He would reach Kannur on Wednesday. A fair investigation would be ensured. A probe by the Crime Branch was ordered because the government viewed the case seriously.

Mr. Chennithala said that the government had taken steps to maintain peace, with police keeping strict vigil in Kannur district. The first information report on the murder said that CPI(M) workers were behind the murder. The government was determined to prevent the district become a political battlefield again with frequent political murders as in the past.

However, there were limitations in ending political murders in a state like Kerala. Violence would end only if the political parties cooperated. Police action alone would not suffice. The government had asked the collector to convene an all-party meeting to seek their cooperation.

The Minister confirmed that the Union Minister for Home Affairs Rajnath Singh had called Chief Minister Oommen Chandy to enquire about the murder. The Chief Minister had provided the details after contacting him (Mr. Chennithala).

There was nothing improper about Mr. Singh making a direct enquiry. Whether the murder was timed to coincide with the visit of the BJP president Amit Shah and RSS Sarsangchalak Mohan Bhagwat to the State would be known only after the Crime Branch investigation, he said.