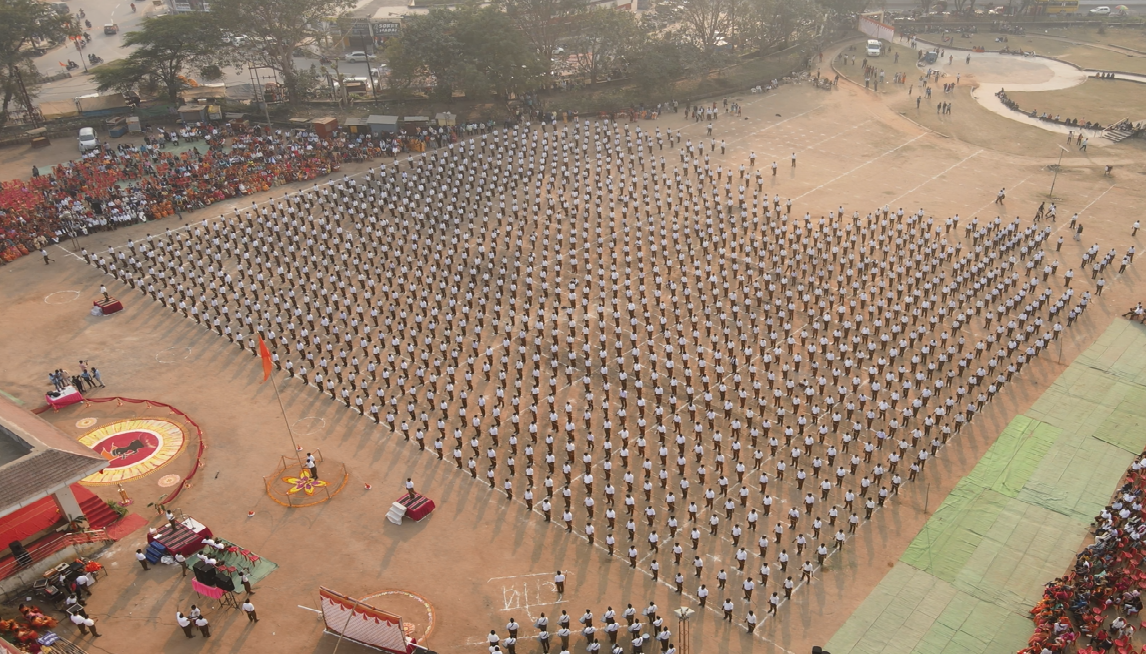 Rashtriya Swayamsevak Sangh was founded in Nagpur in 1925 and on the Vijayadashami of 2022, the organisation will complete 97 years of its existence. As it approaches its centenary, the Sangh’s reach and influence is growing manifold, despite opposition and obstacles. Consistent hard work, penance, sacrificial spirit of the Sangh workers, accrescent support of the society and blessings of the Almighty have made this possible. This achievement fascinates many, the world over. Lately, people are also curious to learn how RSS would celebrate its centenary.

RSS founder, Dr. Hedgewar was very clear in his vision, in that he saw Sangh not as an organisation operating within the society, but as the organisation of the entire society. One of Sangh’s luminaries, Shri Dattopant Thengadi remarked, “conceptually RSS and Hindu society are co-terminus and psychologically they are one.”

Therefore, the centenary of RSS cannot be confined to the organisational level. Since Sangh is synonymous with society, and Dr. Hedgewar opined that our mission to unify the entire society under Sangh’s vision should be fulfilled even before the celebration of the silver jubilee, accomplishing the Sangh’s mission before the centenary would be the ideal centenary celebration.

A Sangh song goes like “Karyamagnata Jeevan ho aur Karyapurti hi Vishranti (to live is to be absorbed in work and only its completion is to rest).”

The journey of the monumental expansion of Sangh operations has seen four major phases. The period spanning the foundation of RSS up to the nation’s independence should be considered the first phase, wherein the focus was on “organisation” since it was necessary to make people believe that Hindu society can be united and speak about Bharat and Hindutva as a unified chorus. While Swayamsevaks participated in the ongoing freedom movement and other social reform movements, Sangh as an organisation completely absorbed itself in organising the collective.

The second phase of Sangh’s expansion is from Bharat’s independence to the year 1990. A thousand-year-long struggle followed by the inspiration of the freedom movement called for a need to envision a social and national blueprint based on our real identity or self (Swa). Rooted in the traditions of Bharat, initiatives were propelled by Swayamsevaks in several segments like education, student development, politics, labour, tribals and farmers. While the organisation carried on with its core activities, many people’s initiatives addressing the needs of the entire spectrum of human lifespan also shaped up alongside. Today, Sangh’s Shakhas are conducted in over 90% of the development blocks and more than 35 community-driven initiatives are addressing different needs of the society.

The third phase commenced following Dr. Hedgewar’s birth centenary in the year 1990. The mission to weave the society as one with affection and affinity resulted in the outreach to the deprived, weak and the backward within our society. Sewa Vibhag (social service initiative) was established to work towards their uplift.

In the same spirit every volunteer takes an oath, “I have become a constituent (volunteer) of Rashtriya Swayamsevak Sangh for the all-round progress of the nation.” It is irrational to assume that the volunteers alone can bring about all-round progress. Many influential and well-intended people want to contribute toward society’s betterment. In 1994, the Sampark Vibhag (societal outreach initiative) was set up for connecting and gathering information about the activities and contributions of such social achievers, making them aware of the Sangh’s vision and cooperating in areas of mutual interest.

Take for example the matter of conversion that has been debated since the freedom movement. In 1967, under Congress governments, Madhya Pradesh and Odisha passed a bill to stop Christian conversion. Since then, this issue has single-handedly been taken up by the Bharatiya Janata Party only and most of the bills to stop conversion were passed during the BJP reign in various states with an exception of Himachal Pradesh.

In 2006, the Congress government led by Shri Virbhadra Singh passed a bill against conversion there. Just a few years ago, some officials of the Sangh Sampark Vibhag had met with Shri Virbhadra Singh-ji, who narrated the first-hand accounts of the passing of the bill and told them that if he could be instrumental in stopping conversion anywhere in India outside Himachal Pradesh, then he would readily contribute.

Similarly, in 2008-09, when Gau-Gram Rath Yatra was organised, “Sarvodaya” workers participated in this Yatra at many locations. In this way, issue-based cooperation with those who might not entirely share the Sangh’s worldview has been enabled by the Sampark Vibhag.

RSS has been and still continues to be at the receiving end of spiteful, organised efforts to malign its image through misinformation. To tackle this the Prachar Vibhag (media relations initiative) of RSS was formed in 1994. Its aim is to disseminate what Sangh really stands for and does for society. It emphasises RSS’ national outlook using different media and also counters the malicious, false propaganda built around RSS by providing accurate information.

Additionally, during the third phase, alarmed by certain burning social problems, key social reform projects were instituted. It was through the intervention of “Dharmajagaran Vibhag” efforts to stop organised mass Hindu conversion operations and the project of helping those proselytised and desirous of connecting back with their roots were initiated.

Along similar lines, it was felt that village folk could be mobilized to enable village development, independent of state intervention. With a motto to usher in extensive rural development by empowering villagers in a way that they can accrue adequate benefit of the government schemes, “Gram Vikas” work was started.

Since antiquity our Hindu society has had members that identified with varied caste nomenclatures but those elements that have vested interests in dividing the society have consistently tried to instigate caste-oriented animosity. To create a consortium for all concerned to discuss common challenges and contemplate collective action, a series of meetings have been organised, known as “Samajik Sadbhav” (social harmony) meetings. Similarly, to eradicate untouchability and malpractices associated with it, by commemorating our common heritage, efforts have been made through “Samajik Samarasata” (Social Equality and Brotherhood).

The work of “Gauseva-Gausamvardhan” has flourished with thousands of new Gaushalas coming up all over Bharat. Creating mass awareness about the medicinal value of products obtained from cows of indigenous breeds, conservation and promotion and breed improvement of these cows along with education programs to train farmers in cow dung based natural farming are some of the programs undertaken.

While Western thought sees the individual as the smallest unit of the society, Indian culture believes that it is the family. According to the Bharatiya spiritual worldview, family is the first step of the journey from “Me to We”. In the present scenario, urbanization and the fast pace of life have shrunk families and created a lack of opportunities to come together and celebrate our heritage, traditions, relationships, and festivals. Therefore, “Kutumb Prabodhan” (familial awakening through dialogue) was started wherein family members gather weekly to analyze our civilization heritage, traditions, culture and the prevailing social scenario from the nationalistic point of view and also discuss their duties in the light of the same.

In the last 500 years, growth based on a western paradigm of development has wrecked the ecological balance of our precious earth. With the ambition to restore this equilibrium, “Paryavaran Sanrakshan” work was started. It strives to bring in awareness and propel activism around the issue of “environment,” by encouraging public participation.

Now we are in the fourth phase of our evolution wherein we expect every “earning young Swayamsevak” to actively participate in and cooperate for social awakening and social change by choosing any one area for social transformation according to his interest and ability.

The founder of the Sangh, Dr. Hedgewar in his address during a 1940 RSS training camp said, “Sangh work and values should not be confined to the Shakha, but must be extended and established in the entire society.” Earning the necessary income for our families, nurturing our families and attending Shakha regularly would not suffice. To invest one’s time in actively working towards social change and social awakening is the definition of a Sangh worker.

Sangh expects that its Swayamsevaks, 1. will develop themselves to effectively execute Sangh’s mission in the society. 2. Will uphold the holistic Akhil Bharatiya (All-India) perspective, that this entire nation from (Ram) Setu to the Himalayas is one and is my own. 3. Will realise the feeling that all members of the society are equal. 4. Will regularly attend Shakha so that the practice of putting the nation above oneself and leading the movement while remaining in the backdrop could be perfected. 5. Will actively channel the character traits built through the Shakha in one of the many areas of social transformation.

Simultaneously, Swayamsevaks should be more active in society, meet new people so that newer sections of society can come into contact with the Sangh, understand the Sangh and know the national ideals of the RSS. Being an integral part of society, they can also connect and contribute to protect Hindu Dharma, the Hindu culture and the Hindu society and remain devoted to the cause of all-round progress of the nation.

Along with this, the fundamental work of societal organisation and character building will go on. Social awakening is also a perennial task. With a view to bring about systemic changes, Swayamsevaks are actively contributing in different areas through various organisations. It is time that each Swayamsevak goes out with a renewed vigour for social change and through all these initiatives towards the fulfilment of Sangh work would be the best way to celebrate the centenary. 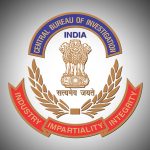