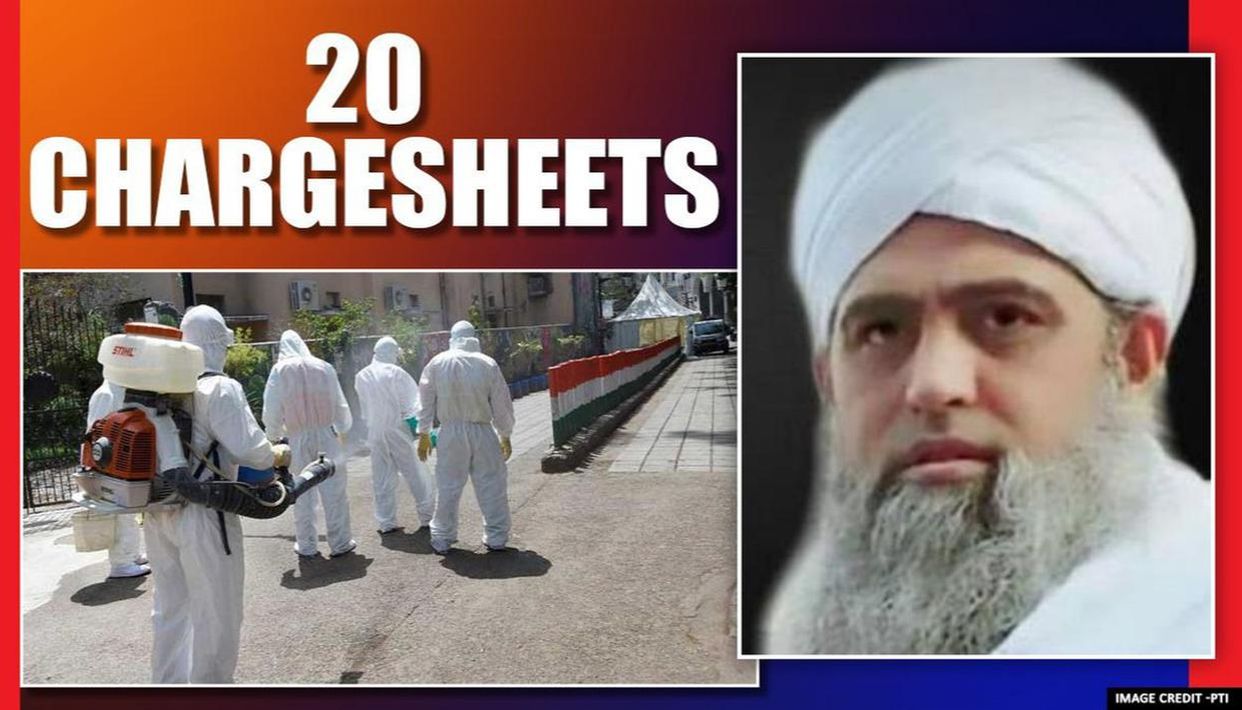 New Delhi. In a major development on Tuesday, the Crime Branch of Delhi Police on Tuesday filed 20 charge-sheets against 82 foreign nationals in a Saket district court. The case regards with congregation at Markaz Tablighi Jamaat in Nizamuddin are of the national capital that had emerged as an epicentre for the spread of corona virus in the country.

Of the total 82 foreigners, 14 are from Fiji,10 from Saudi Arabia, eight from Algeria, four from Afghanistan, two each Australia, Kazakhstan,Morocco and the UK, seven each from Brazil and China, six each from Sudan and Philippines, five from the USA,and one each from Ukraine, Egypt, Russia, Belgium, Jordan, France and Tunisia.

The charge-sheets have been filed under Section 14 (b) Foreigners Act, 1946, Section 3 of The Epidemic Diseases Act, 1897, Section 51 of the Disaster Management Act, 2005 and Sections 188 (disobedience to order duly promulgated by public servant), 270 (Malignant act likely to spread infection of disease dangerous to life), 271 (disobedience to quarantine rule) of the Indian Penal Code.

The Tablighi Jamaat event held at the Nizamuddin Markaz in New Delhi earlier in March led to an over 30% rise in the total COVID-19 cases in the country, with attendees, many of whom had come from foreign countries dispersing afterwards thereby increasing the geographical spread of the outbreak.

On March 30, it was reported that a religious programme was organised at Tablighi Jamaat’s headquarters Markaz Nizamuddin mosque between 13-15 March which had over 3400 attendees from Malaysia, Indonesia, Saudi Arabia and Kyrgyzstan and from several states in India. After attending the meeting, prior to the nationwide lockdown but after the state’s own order against such gatherings, 1500 of these attendees returned to several parts of the country leading to spread of the Corona virus. The Delhi Crime Branch then booked the Markaz chief Maulana Saad for violating lockdown restrictions and allegedly provoking others to do so. In audio tapes accessed from the event, unscientific and anti-religion claims were made about the Corona virus, and a faith-based bravado was propagated.