Chennai. The most rationalist political party, Dravida Munnetra Kazhgam (DMK) has released its election manifesto on the most “auspicious” amavasya, after offering it to the “Samadhi” of Karunanidhi, former CM and DMK president. They did not think fit to offer/seek blessings at “Samadhi” to the late CN, Annadurai, former CM and DMK founder president whose legacy the party is following/upholding. The party, not out of option but compulsion, has been projecting as not against the Hindus for the last couple of months. The election manifesto is trying to reiterate it, to some extent. In this exercise the manifesto offers –

At the same time, a public campaign demanding release of all the Hindu temples from the clutches of the Govt. Secular Govt should leave it to the people to manage the places of worship, which is followed  here in the case of minorities. The manifesto says the Govt will “Allocate” Rs 1,000 cr, one time, for Hindu Temples and Rs 200 Cr/ year, recurring, for renovating Mosques and Churches. Thus continues its policy of appeasement.

As per the HR&CE act, it is set up to collect data, document, maintain and monitor the assets of Hindu temples in the state. But it is not serving the purpose but it is acting as a white elephant and draining the income of the temples. If only HR&CE discharged its functions the fate of all the temples in the state would be different. So appointing 25,000 more will further ruin the temples.

The Supreme Court has already directed the govt to stop subsidizing the “Haj” pilgrimage and any responsible govt should not extend the scheme. In short the manifesto is full of “freebies”, silent on how it would arrange funds, lack of any “vision”, aiming only to capture power by hook or crook. 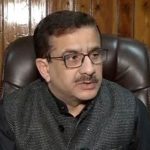