BALASORE (VSK Odisha). The Defence Research and Development Organisation (DRDO), which has drawn criticism from different quarters for allowing contractual employee Iswar Chandra Behera access to sensitive areas inside the defence test facility, is yet to take any disciplinary action against him for his alleged links with ISI.

Reliable sources said though over a week has passed since Behera was arrested, he has been neither served showcause notice nor issued job termination letter. He had joined Integrated Test Range (ITR), the test facility of DRDO, as a casual employee on contract in August 2007.

Even as the DRDO authorities remain tight-lipped about information leak from the missile test facility despite 24×7 surveillance, lack of administrative action against the suspected mole in their ranks has surprised many.

Though Behera had allegedly been supplying information for the past few years, the authorities had no clue till the Intelligence Bureau (IB) tracked his movements leading to his arrest.

A senior DRDO employee, on condition of anonymity, said no such action is taken in case of a contractual worker found involved in anti-national activities. “The employee will not be allowed to enter the defence establishments. Police have seized his identity card and they will take action accordingly. We have nothing to do,” he clarified.

However, defence experts are not willing to buy the claims. Retired Colonel Sarat Kumar Mohapatra said as per Government rules, an employee, whether permanent or contractual, has to be served a showcause and terminated as per the provisions of service guidelines. “It is a statutory clause in any service and in this case also, the ITR authorities should have served the showcause and terminated the service of Behera after the notice period,” he added.

Meanwhile, a three-member team of Crime Branch, led by Additional SP DP Chakraborty, visited Behera’s village of Kantipur and recorded the statements of his family members and relatives on Saturday.

The team also visited Kantipur post office and Gaddeulia sub-post office through which Iswar had received money orders from the suspected ISI handlers. The team also took copies of his account statements from Kalama branch of Bank of India. The seven-day remand of Behera ends on Tuesday 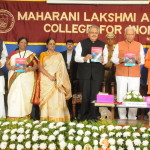