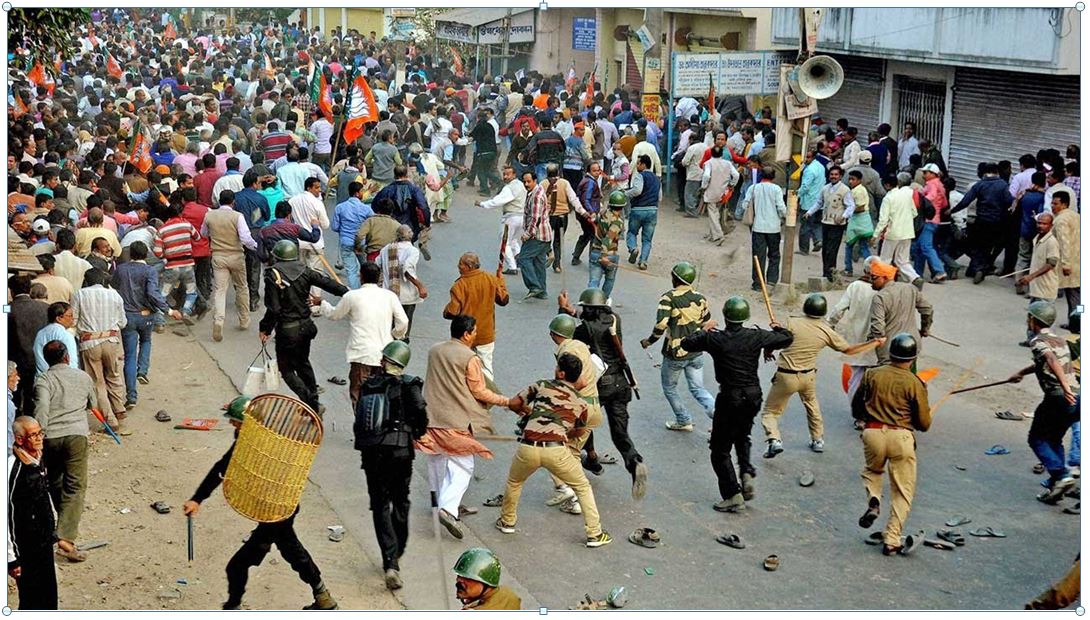 The fertile and spiritual land of Swami Vivekananda, RabindranathThakur, Chaitanya Mahaprabhu, Ramakrishna Paramhans, Aurobindo Ghosh on one hand and revolutionary breed of freedom fighters like Subhash Chandra Bose, Bankim Chandra Chatterjee and many others besides social reformers like Shyama Prasad Mukherjee speaks volume about the gravity of soil of HAMAR SONAR BANGLA.

Nowadays, the atmosphere in Bengal is very dangerous, alarming and fearsome the law and order situation is out of control from the hands of chief minister of the state. The one of the reasons for this could be VidhanSabhaElections. If one looks into the National Crime Records Bureau (NCRB) report of 2018 -19 the murders in the state of Bengal tops the list. The mostly murders have been given a glimpse of political vendetta, around 300 or more murders have been taken place in last one and half years which mostly belonged to the BJP and RSS workers.

It doesn’t indicate Mamtadidi excessive love and affection towards her nephew Abhishek but it is a moral foundation for all of us to introspect.

When a political party derail from the track of basics like fair election in the organisation at district level, care of its workers, meetings, schemes of benefits and developing the intellectual and leadership qualities of a common worker. Which all are lacking in the TMC now that is the fundamental reason of weakening of TMC day by day. From cabinet ministers, MLA’s, counsellors, state office bearers etc. have left TMC party in midway and join BJP in big number. The reason of this is a food for thought and self-introspection for TMC top leadership.

There is deterioration of law and order and at the same time nepotism, corruption and cut money culture are rising day by day and is the most important factors by which a common worker of TMC besides voter of West Bengal have been feeling morally sabotaged.

When Mamta Didi governed the power around 9 years back, the people of Bengal supported her to get rid from the unruly, corrupt and mis governance of communists, but people of Bengal are still struggling for the same. Non development is a big issue in the present Bengal regime. No new industry for employment, hospitals, colleges, bridges and roads have never been a priority for Manta government.

The height of hypocrisy by the Mamta government is that they have not allowed to operate the central schemes which were beneficial for the people living below poverty line (BPL) and downtrodden people of West Bengal.

She had not allowed Ayushmanyojana of central government, by which crores of poor ailing in native of Bengal could not get the free health benefits up to rupees 5 lakhs, she has not allowed the Ujjwalayojana by which more than 10 crores of women below poverty line (BPL) received the free LPG cylinders, MamtaDidi government has not allowed Sukanyasumridhiyojana to get implemented in the state of West Bengal in which the parents of a girl child can build a fund for future education and marriage expenses for their female child, even Soubhagyayojana has not been allowed to execute in West Bengal, kisansammannidhi in which a kisan gets rupees 6000 annually has not been allowed by Mamta government in West Bengal by which 60 lacs of Bengal farmers were not able to get benefited for rupees 14,000 each till date, even farmers have been devoid to get the benefit of kisan soil card also. These are some very beneficial scheme which have not been implemented by the Mamta government just for the sake of political jealousy. Mamtadidi’s appeasement policy to lure Muslim community is an open secret and talk of the town.

The slogan off MAA MAATI MANUSH has not seen the light of the day the red Maati due to brutal killing of Manush has compelled MAA to cry in West Bengal, more than 300 BJP and RSS workers have been killed in broad daylight by the TMCgoons. This could be one of the reason for not submitting the crime records report of West Bengal to National Crime Records Bureau in the year of 2019. After 1947 the Bengal was one of the pioneer industrial state but today the industrial production of the West Bengal is at 20th place. The GDP rank of West Bengal is at 16th place out of 32 states. According to records Bengal is number one in non povertyeradication efforts and policies.

Overall position of West Bengal under the leadership of chief minister Mamtadidi  is very alarming and dangerous. West Bengal government has not even given the 7th Pay Commission to their employees.

The Mamtadidi party has become a private limited company. Abhishek, his wife and his sister have been summoned by CBI in the Coalscam on February 12th of this year, the Kolkata High Court allowed the CBI to probe the Coal scam FIR which has been registered in the month of November 2020. The Kolkata High Court in its order unambiguously directed the CBI to go for the inquiry in the case without taking prior permission from the state of West Bengal. It is high time when this quotation of Sanskrit‘’अतिसर्वत्रवर्जयेत्’’similar to the English proverb ‘excess of everything is bad’ squarely matches the four corners with the present situation of Mamtadidi regime in West Bengal. 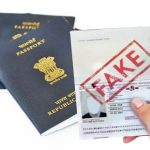