New Delhi. Indian doctors are leading the fight against COVID-19 in the UK, even as they have been losing their fellow doctors to the disease. The NHS has a strength of about 1.5 lakh doctors and 43.3% of those are Indians, forming a part of the huge Black, Asian, Minority Ethnic (BAME) healthcare workers, according to a report in IE.

The report quoted an analysis of the data on coronavirus deaths between March 1st and April 21 maintained by the NHS, published in Wellcome Open Research, which found that the BAME groups were significantly more likely to succumb to COVID-19 than the general population. Of them, Indians and Black Caribbean groups saw the most number of deaths, standing at 492 and 460 deaths, respectively.

So far, 203 health workers in the UK have died, the report stated, adding that 63% of them were among the BAME groups. Moreover, of these BAME health workers, 67% were born outside the UK.

The IE report added that Chair of London Assembly’s Health Committee, who is a general practitioner and represents the Punjabi-dense areas around Southall, Dr. Onkar Sahota asked the government to order a public enquiry, stating that the “disproportionately” high cases of COVID-19 death among the BAME groups were worrying and raised “serious” questions.

The report further quoted him as saying that as many as 94% of the doctors who died belonged to the BAME community.

The report quoted Dr. Ramesh Mehta, the founding president of British Association of Physicians of Indian Origin (BAPIO) founding president, as saying that the reason why Indian healthcare workers were succumbing more to COVID-19 was because Indian doctors have become the backbone of the NHS due to their large number. Since BAME workers are more in number, more of them are at the frontline, making them more susceptible to the illness and eventual death. He was further quoted as saying that of the 32 doctors who died of the disease, 30 were from the BAME community.

However, even as these doctors are witnessing their colleagues and friends succumbing to the disease, they continue to brave the storm and fight tirelessly against the pandemic which has befallen the entire global community. 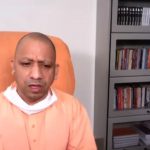