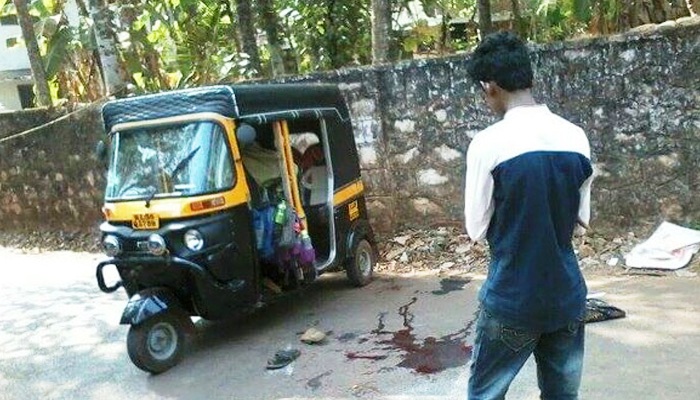 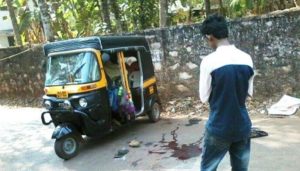 Kerala is the land where the law of Marxist terrorism prevails. The tradition of the politics of murder that defined Stalinist Russia has found a counterpart in Kannur but finds little mention in the national discourse. There is an ample space for the atmospherics of intolerance in Delhi, but when real intolerance manifests itself as it has in Kannur over five long bloody decades, the violence is contextualised. It fits in the larger narrative of demonising the RSS as an ‘intolerant, anti-minority, aggressive’ organisation.  As RSS and its swayamsevaks are the biggest victims of the ‘red terror’ of a different kind in Kannur, Prafulla Ketkar, Editor Organiser, posted some questions to J. Nanda kumar Ji, Akhil Bharatiya Sah Prachar Pramukh of RSS. Excerpts –

There has been a talk about the murder politics in Kannur district of Kerala. What is the reality?

The reality is that there has been a long history of murders in Kerala, which targets RSS Swayamsevaks. The first murder was of Vadacil Ramakrishnan in 1969, a poor Dalit that shocked everyone due to its brutality. It set the template for the murders to follow and now referred to as the “Kannur Model” in CPM circles. It is considered as an effective way in controlling dissent and holding on to political power in the region. So far in Kerala, 267 swayamsevaks and sympathisers have been killed in the last 50 years. Of these, 232 were killed by the CPM and the rest mostly by Islamists. The tiny area of Kannur district has accounted for a disproportionately large number of causalities. The number of injured is almost six times the number of those murdered. Besides this, police brutalities, fake cases and atrocities are common and all this mostly happen under CPM/LDF rule.

What are the reasons behind such violent politics? Is there any pattern in this?

The main reason behind the attacks on RSS and BJP workers in Kannur is because of the flow of cadres from the CPM to the Sangh Parivar. Most of our swayamsevaks and Karyakartas in North Kerala, especially in Kannur have come from the CPM. The Sangh refusing to submit to the terror and hegemony is not acceptable to the CPM especially in the strongholds of Kannur.

Another reason is to lure voters from the well entrenched Islamists. They publicly boast about its attacks on the Sangh, just as the party holds ‘Beef Festivals’ to tap fundamentalist votes.

This is not to say that the CPM is peaceful towards other outfits. The CPM has physically attacked the Congress, IUML and even its alliance partners. Last month, while a brutal attack was carried out on BJP cadres (including former state president Muraleedharan) at Thiruvanantha puram, a Congress worker (who had left the CPM earlier) was murdered in Alleppey at Nadapuram, which injured three Muslim League workers. Thus, CPM is non-discriminatory when it comes to executing its violent ideology.

Is there any correlation with the electoral politics in this?

This time around the attacks against Sangh and its affiliates have peaked after Assembly elections were announced. The obvious reason is for the first time in history, the BJP-led alliance in Kerala, is going to make a huge electoral impact. The CPM senses this and wants to thwart it by any means, violence is the easiest tool.

What is the reason that we do not find any outrage against such violence and bloodshed?

There is outrage. Yet it is muted. There are a variety of reasons for this. The media (with a few notable exceptions) is totally controlled by the Leftists. For example Asianet News, the major TV network in Kerala from top to bottom, is staffed by known Marxists. The ‘cultural leaders’, who are expected to raise the grievances of the civil society, are scared of Marxist aggression.

What is the role of administration and police during and after these incidents? 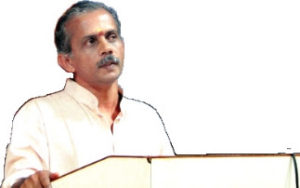 Amidst the ruins of Kannur politics, without a tragic consequence the role of the Kerala Police could have been described as comical. For example, a gang leader called ‘Vikraman’ was identified in the murder of our Kannur District Shareerik Pramukh Manoj was also one of the killers of BJP leader Jayakrishnan Master. This was revealed during the interrogation of the CPM murder squad involved in killing of dissident Marxist leader TP Chandrasekharan. When Vikraman was called for interrogation, he refused to comply with. So the Police closed that case! Simply put, the Kerala Police is scared of the CPM and do not dare to face a vengeful party, which comes to power every alternate five years. The machinery is partially infiltrated by CPM cadres as well. The tentacles of the party extend even into the prisons where CPM activists are given a VIP treatment. The CPM state leadership after an Assembly election victory invariably visit Block-8 of Kannur Central Jail where CPM criminals are traditionally lodged. Party prisoners are released under LDF rule. Congress party is in tacit alliance with the CPM since both of them see the BJP as their main enemy.

You yourself have risen from Kerala through the ranks and file of RSS. What was your experience while working there?

There are so many experiences. One of which I may cite here which took place during my tenure as Zila Pracharak in Northern Kannur, named Payyannur. This was in 1990. Most areas were Marxist strongholds, known as party villages. Some college students of one such village known as ‘Kuniyan’ studying in a college near the Zila Karyalaya came in contact with me. One day they invited me to their village to start a Shakha there. I readily agreed and went there without understanding the political impact. Around 30-35 students assembled enthusiastically at the prospect of attending a Shakha. I decided to conduct the Shakha myself, but to my surprise about 250 men with all sort of weapons and stones surrounded the ground.

I tried to engage them in conversation, but they were in no mood to listen anything and started getting abusive and threatening. When I asked them what was wrong with it? Their answer still rings in my ears as the menace, the actual words were, “This is red land we’ve got an organization that is CPM no other party or ideology is needed here, so better leave the place or face the consequences”. One among them placed a hatchet on my neck and another started to push me out of the ground. It was a long distance of 5 km’s to the bus stand and whilst I was being hounded out by these men, I was unsure when the pushing would turn into violence and the hatchet would be brought down on my neck. This is my experience, but it could be anyone’s who takes the initiative to start a Shakha, or walks into a party village whilst holding on to another ideology.

Does RSS have different strategy to work in Kerala? What is the secret of RSS growth in the State?

The RSS has a very strong Shakha work in Kerala. I don’t think any special strategy planned for Kerala. Right from the beginning days of Sangh in Kerala we were able to bring in all sections of society to the Shakha. First Shakha was started in Azhchavattam near the Zamorins Palace, with most of the Swayamsevaks from the royal family. Around the same time a Shakha was started in the coastal village of Kozhikode where participants were from the fishermen community.

Last but not the least is the insistence on the least minimum activities to be held at Mandal level. Weekly get-togethers of swayamsevaks, monthly organizational meetings and regular intellectual and physical training at the Mandal or Tehsil level are rigorously followed. This is the basic functioning of RSS, the rigour and extent of implementation is a bit higher in Kerala. 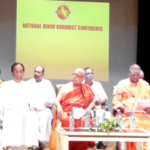