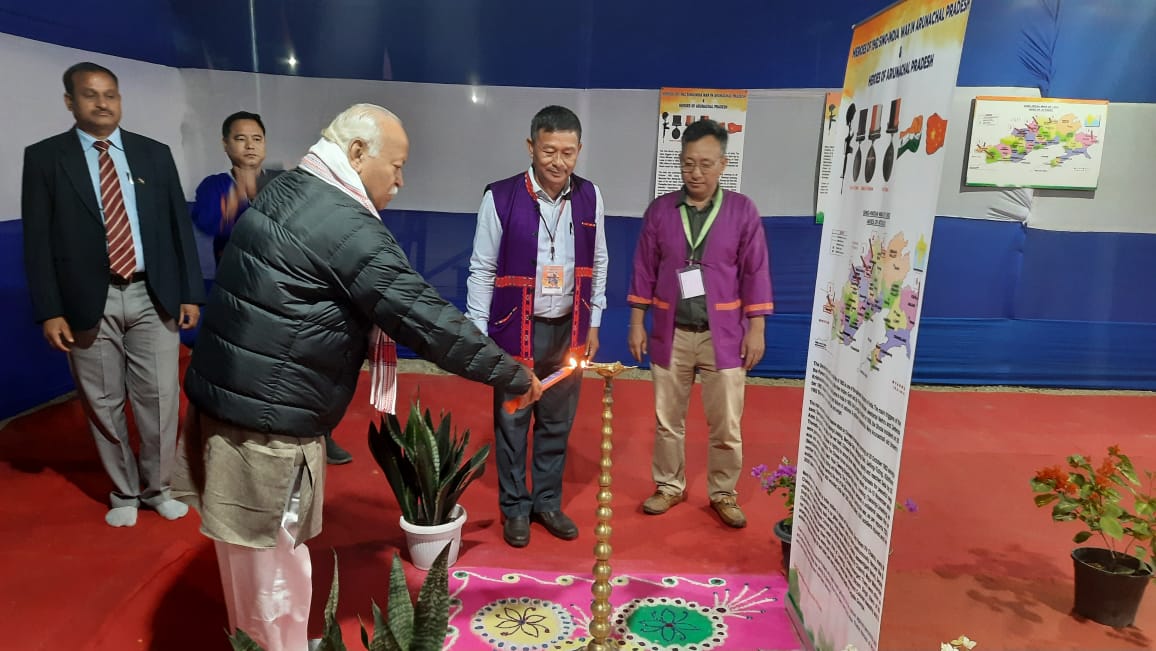 The exhibition is a collection of gallant stories about the bravery of Indian soldiers who fought tenaciously during 1962 Sino-India War in Arunachal Pradesh. All the write-ups are compiled and presented by Group Captain Mohonto Panging Pao VM (Rtd). Many of the heroes were martyred during the war. One Param Vir Chakra, many Mahavir Chakras and Vir Chakras awardees have been featured in the exhibition. Few unsung heroes who were not awarded, but were honoured by locals and enemy forces are also featured in the exhibition. The exhibition also featured Heroes of Arunachal who fought anti-national elements in faraway Jammu and Kashmir. Few of them were martyred and awarded gallantry awards like Ashok Chakra, Kirti Chakra, Sena Medal etc. Many dignitaries, officials and locals witnessed the exhibition. The exhibition is planned to be conducted and displayed at other places and events also to create more awareness amongst the general population. Akhil Bhartiya Karyakarini Sadasya V. Bhagaiah ji and Arunachal Pradesh Prant Karyavah Nido Salter ji were also present on the occasion. 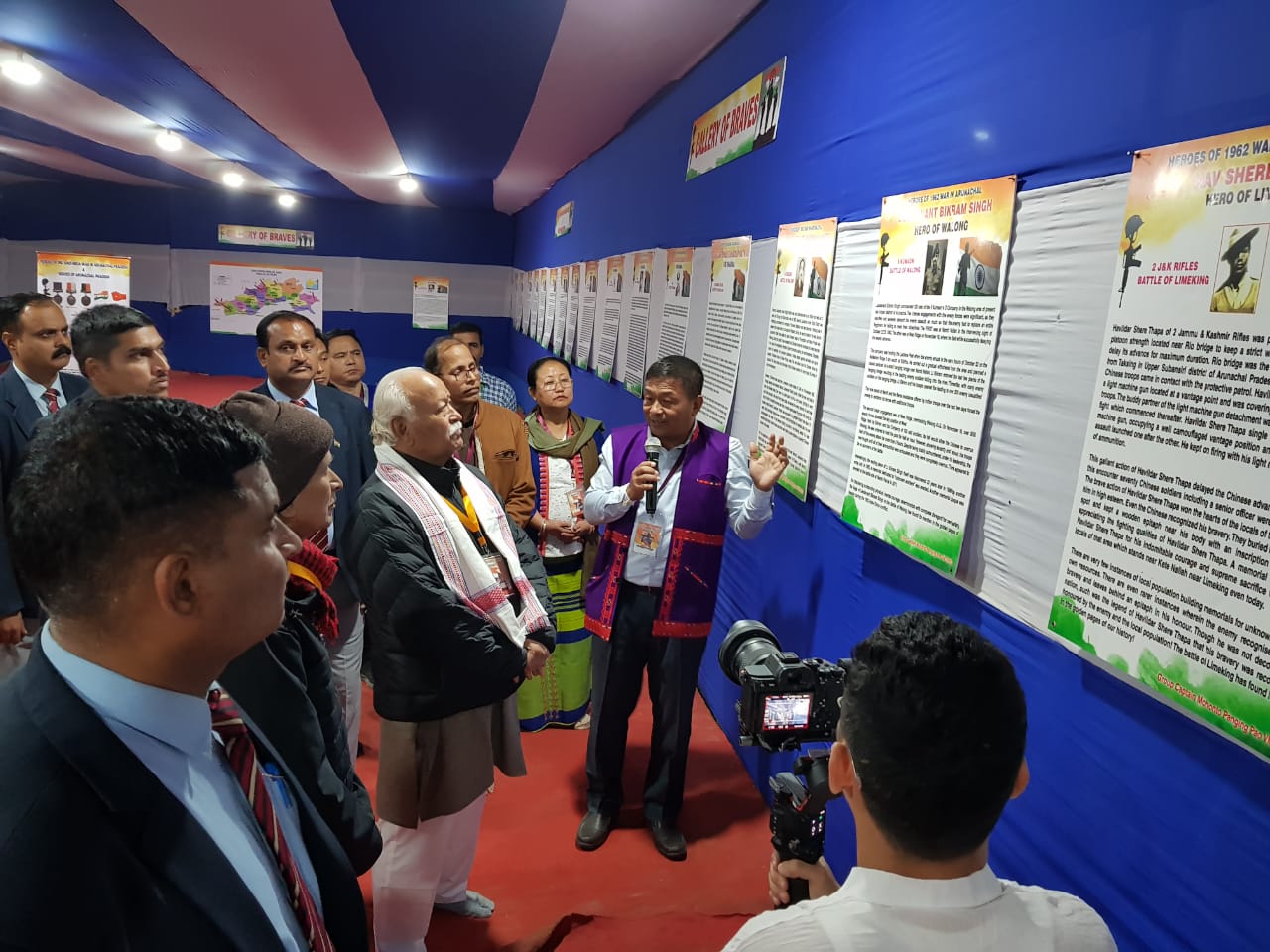 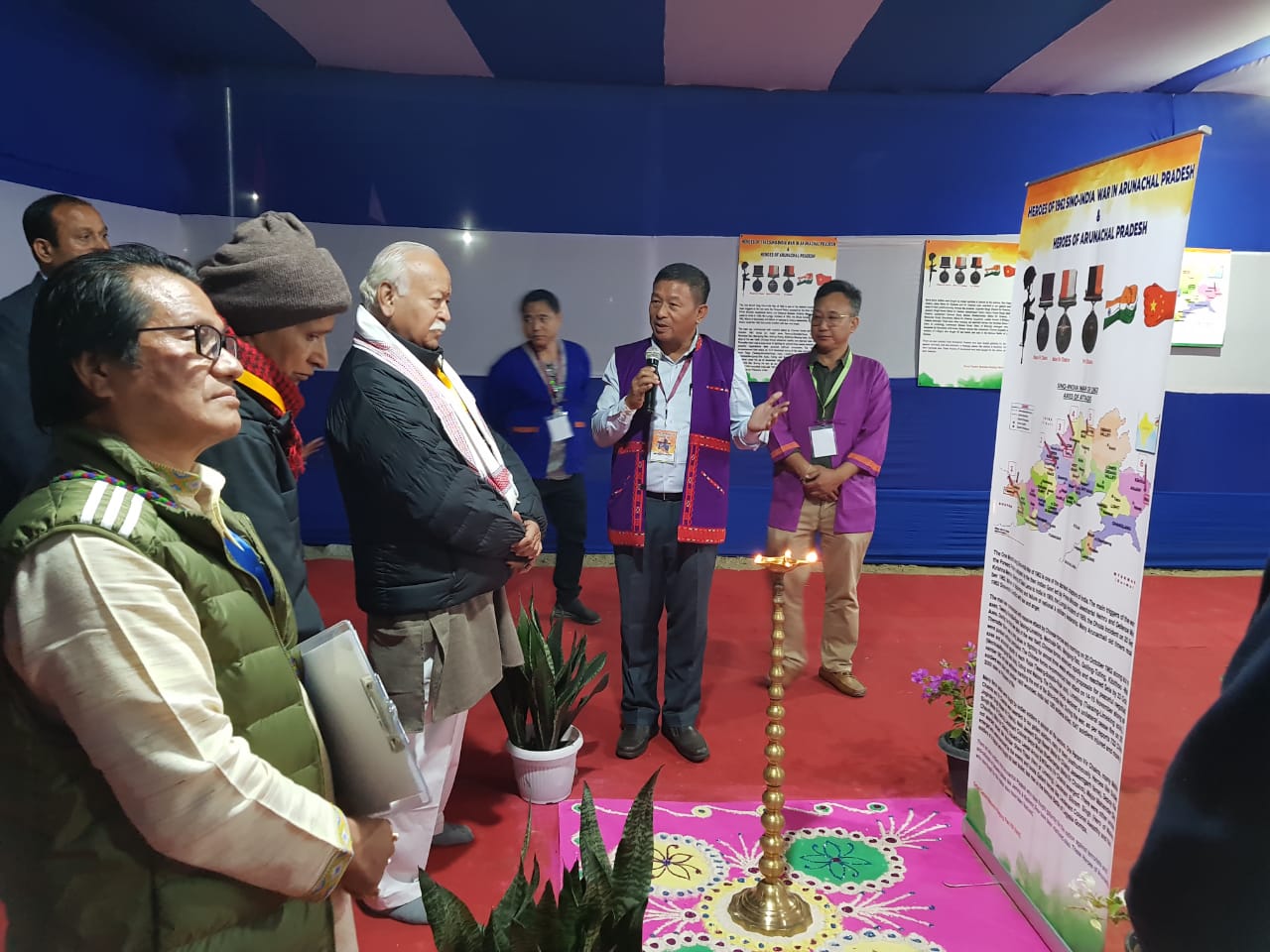