Kerala. Senior advocate Kapil Sibbal is paid a fee of Rs 15.5 lakh to appear for Kerala Government in Gold Smuggling Case. His fees paid every time he appears for the government in the case.

An order was issued by V Hari Nair, law secretary, to hand over fees to Sibbal when Supreme Court heard a petition filed by ED on October 10. Further, the order also directed the advocate general for legal steps to allocate the fees.

Earlier this week, Enforcement Directorate submitted an affidavit in Supreme Court requesting the trial in the gold smuggling case to be shifted from Thiruvananthapuram to Bengaluru.

Bengaluru is for a fair trial and Swapna’s secret statement justifies this. This is in response to the state government’s affidavit not to move the trial outside the state.

“Changing the trial is not an insult to the state judiciary. The independence of the judiciary is not being questioned. The aim is a fair trial. Certain cases cited by the state is not a hindrance to the plea for shift in trial. Our demand is valid as it is a case involving the top officials of the government. The government has misused its power and is trying to subvert the case by concealing a lot of information,” alleged ED.

Senior advocate Kapil Sibbal, who is appearing for the state government in the case, will receive a fee of Rs 15.5 lakh per sitting. While there are people including the state attorney to appear for Kerala, Sibbal is being called by spending lakhs from the exchequer. 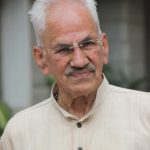