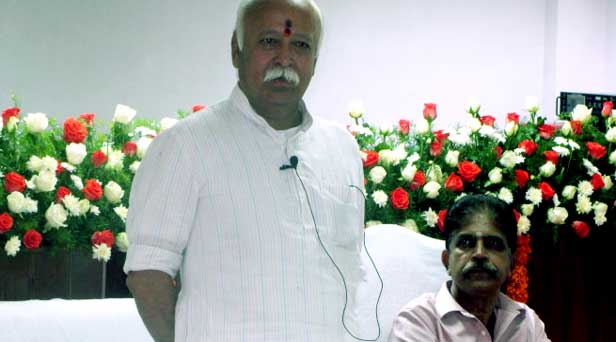 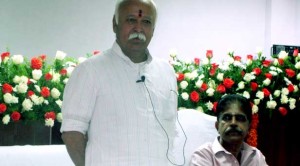 Thiruvanadapuram. Good people should come forward to understand the Sangh which has been tirelessly working for social transformation for the last eight decades, said Sri Mohanji Bhagawat, Sarsanghachalak of the Rashtriya Swayamsevak Sangh. He was speaking to a gathering of elite citizens at the PWD Rest House here Aug.31. There are not people who have not heard about the Sangh – even though many of whom might have heard about it through the negative propaganda of its detractors, he added.

Mohanji explained the context of the Sangh’s formation, its ideology and methodology it has adopted for national renaissance:

‘The Sangh was established by Dr Keshava Baliram Hedgewar, a top tier student of medicine who had actively participated in the freedom movement. During the freedom movement, he had consultations with stalwarts like Gandhiji, Bal Gangadhar Tilak, VD Savarkar and Sri Ambedkar after which he started the Sangh in 1925. His organisational methodology was a ‘Man making process’ which would eventually lead to a culturally cohesive, organised society through which national renaissance would be achieved.

Today the RSS has reached all fields of national life. There is activity and personnel associated with the Sangh in almost all the fields like Labour, Education, Farming and Politics. We are conducting more than one lack thirty thousand service projects all over the country. This is done without taking a single paisa from the government.

RSS is not a religious organisation. It is exclusively a cultural outfit. It nurses no enmity towards anyone. But there are many who look at the Sangh with ill intentions’