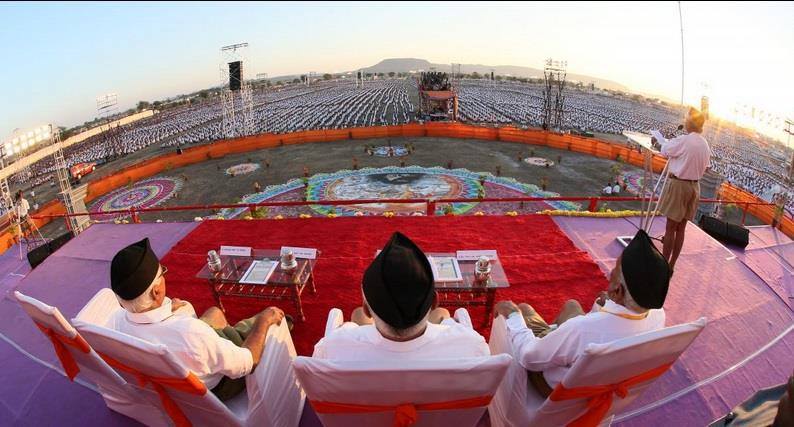 RSS Sarsanghchalak Shri Mohan Bhagwat has said that to make a society which will make a great Nation is the sole aim of the RSS and with this single point agenda, the RSS swayamsevaks are relentlessly working in the society. He said that the needed change in the nation will only be visible when the entire society will not remain mere spectator but join and participate the gigantic work going on by the nationalist forces.

RSS Sarsanghachalak was addressing a massive crowd of 60000 Swayamsevaks with citizen participated in the Maha Sangam of Devgiri prant of RSS at Aurangabad.

He said that this is the first ever Mahasangam of Devgiri prant, participated by such a massive crowd and it is a small representative picture of the cross section of the region. Sarsanghchalak referred Dr. Ambedkar and Sir Manavendra nath Roy who said that every person needs to perceive the spirit of nationalism. He recalled thoughts of the Founder of RSS Dr. Hedgewar who decided to unite the society in a common thread that is Hindu culture and Hindu-ness persistent in the society.

Shri Bhagwat said that the common thread is “accept all”. While the world talks about “tolerance”, the Hindu talks about “acceptance”. He commented that the Hindu culture unites and it is continued from thousands of years. Great souls who devoted their life for the great Hindu nation are the ancestors of all Indians. He asked all countrymen to reinstate same common cultural Hindu thread in modern language also with our own lives.

He further said that the system of caste wise different water resource, funeral and religious places for hindus should be abolished and social evils like untouchability and caste system need to be dumped.

Shri Bhagwat told that when India in history was standing glorious, entire world was peaceful. He said work of RSS should increase because the nationalist spirit should increase. He emphasized the need to see RSS work in a correct perspective by joining RSS work. 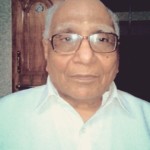 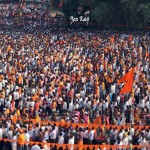