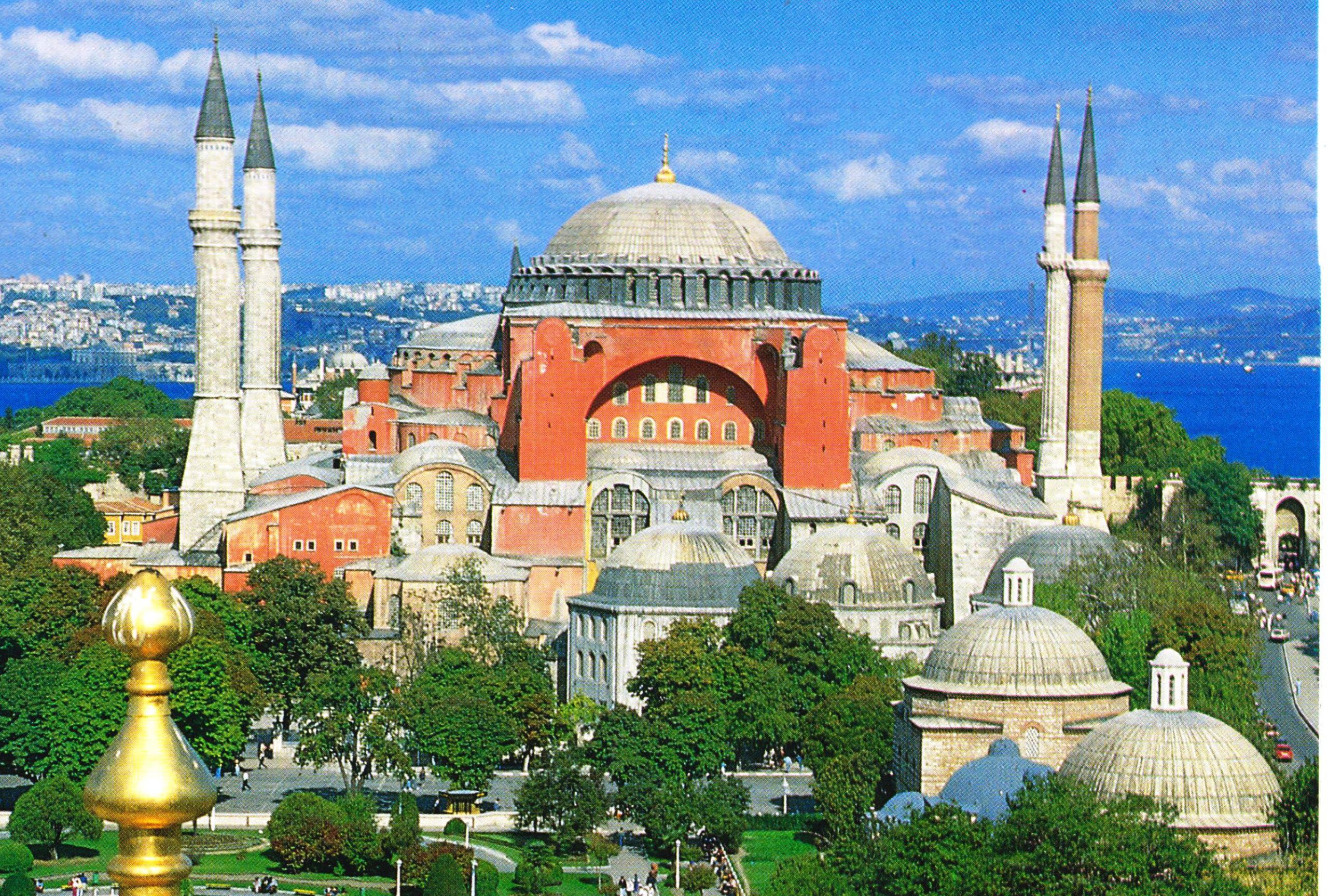 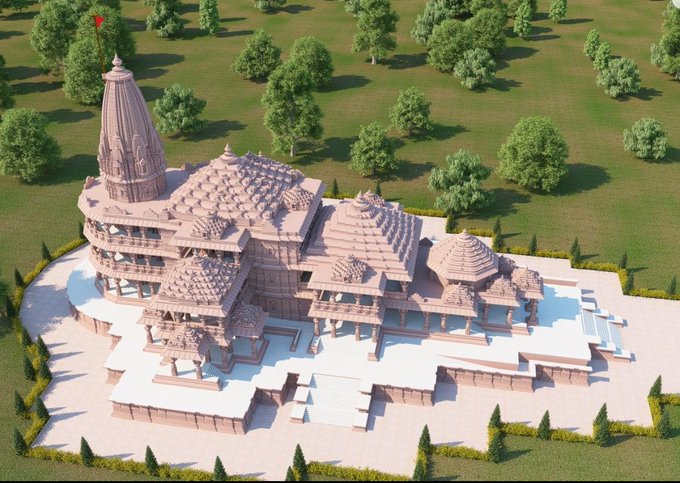 There were petty efforts to disturb the joyous occasion of the culmination of a legitimate five-centuries-old struggle with the beginning of the construction of Ram Mandir in Ayodhya on August 5. Most Indians ignored these petty poison darts and celebrated the day. After all, the battle was won within the four corners of the Indian constitution by the patient Hindu society. Instead of appreciating this approach, the usual suspects – faux Seculars, Liberals, Islamists and Islamists masquerading as liberals continuously insulted and abused Hindus. Hindus have thankfully not responded hard.

However, there are some indicators that should create disquiet among Indians who believe in truly liberal values and Hindu respect for all faiths – the Hindu concept of secularism.

A few days earlier, on 9 July, Turkey had declared that the famous Hagia Sophia museum would be reconverted into a mosque, since it was a mosque before Christians took it over, and later Kamal Ataturk turned it into a museum. What was left unsaid is that it has changed hands many times between Christians and Muslims. Though it is said that it was originally a Pagan temple, but surely Church predated mosque here. With this died the only brave attempt of Ataturk to bring back Turkey from rigid Islamic rule to a secular polity. The triumphal Islamists crowed that a mosque remains a mosque so it was the restoration of their right.

They forget that in Saudi Arabia, the home of the Prophet, enough mosques have been ‘moved’, that is destroyed, in the interest of accommodating more devotees, but actually to build fancy luxury hotels. The Independent reported on 26 October 2012 – “Heritage campaigners and many locals have looked on aghast as the historic sections of Mecca and Medina have been bulldozed to make way for gleaming shopping malls, luxury hotels, and enormous skyscrapers. The Washington-based Gulf Institute estimates that 95 percent of the 1,000-year-old buildings in the two cities have been destroyed in the past 20 years. To build it, the Saudi authorities destroyed the Ottoman era Ajyad Fortress and the hill it stood on. Other historic sites lost include the Prophet’s birthplace – now a library – and the house of his first wife, Khadijah, which was replaced with a public toilet block.” There are similar examples of removing mosques in the land of the sacred – Pakistan.

If correcting a wrong is the purpose behind Hagia Sophia, then, by the same logic, Hindus have every right to correct the wrongs they suffered in the Turkic and Mongol atrocities and destruction of their most sacred places of worship – all in the name of religion, and to rub the nose of the vanquished in the mud. In India, there are no disputes or multiple changes of ownership. But, none, I repeat, no one of the secular-liberal-communist-Islamist axis has spoken against the re-conversion of Hagia Sophia. And nor they have spoken in favor of the restoration of Hindus’ rights over their places of worship! Hypocrisy redefined.

This same axis has kept quiet on the highly offensive statement issued by the supposed legal representatives of Indian Muslims – claiming a mosque remains a mosque and when they gather strength, they will reconvert new Ram Temple into their revered Babri mosque again!

This statement was the biggest attack on the Indian constitution and the idea of the Indian republic itself. What AIMPLB has done is, it has clearly shown that for Muslims of the Indian republic’s constitution is binding only as long as it serves its purpose. If not, then Shariah reigns supreme. These self-appointed leaders were very clear about the superiority of Sharia over the Constitution in all the debates that I had with them on live TV. The constitution is just an easy peg to hang their persecution narrative. This disdain for the laws of any democratic nation is a common trait of Islamists.

In every public discourse, their supremacist mindset over all other ‘non-believers’ is on show. We know how the ‘poor’ Muslims from the Middle East went all the way to Europe via boats, a land of enemies of faith, and not to the land of believers next door itself. Once they settled in the land of enemies – Darul-Harb (ruled by non-believers), their efforts to convert it to Darul-Islam (land ruled by believers) began. We have seen the turmoil in Europe. In their own Islamic countries, the fate of non-believers like Kurds, Yezidis, and non-mainstream Islamic followers is horrendous.

What will be the fate of Europe in a few years from now? There is still confusion about whether the recent bomb blasts were terror attacks or accidents. But there is no doubt that Lebanon is lost to the Shariah world. Europe in the coming years could look similar to Lebanon, once a citadel of modernity and glamour governed by one of the oldest Christian societies. Creation of Israel in1948 saw thousands of ‘persecuted’ Palestinians pour into Lebanon and accepted by Lebanon on the liberal idea of an open democratic society. The numbers reached half a million by 1975. By 1975 PLO (Palestine Liberation Organization) had its HQ in Lebanon. In 1975 a civil war broke out which finally resulted in a ‘better representation’ to Muslims with a virtual partition of the nation. It just needed a few decades to convert Lebanon to lose its prosperity and the tag of a progressive, happy nation.

The factors that destroy different nations with the advent of Islamists may be different, but the end result is never a happy open democratic society. Didn’t Jinnah promise a secular Pakistan? Different victimhood cards are played in different nations deftly. Liberals fall for these hooks and an unthinkable alliance of Left atheists and Right extremist Islamists is formed that snatches more privileges and rights for them before they finally take over a nation. Many African nations also have faced this scourge. Division of Sudan, the decline of Nigeria, and Kenya are there for all to see. When it comes to the crunch, Communists are crushed where Islamists rule, and Islam is crushed where Communists rule. Look at erstwhile USSR and China. But they are together to destroy democratic societies.

If one talks about these facts, one is called Islamophobic. But, talk one must. Because Indians have to guard against these devious mechanizations to exploit the Indian constitution and democracy to usher in Shariah. Letter of AIMPLB is a reminder that their faith in the ultimate victory of Islam over infidels is not open to any compromise or debate.

Apologists who claim that terrorists quoting the Holy Book are not ‘true’ Muslims are not speaking the truth. They never admit that what Wahhabis quote is not wrong. Just as ‘to you your religion and to me mine’ (109:1-6) is true; “And when the sacred months have passed, then kill the polytheists wherever you find them and capture them and besiege them and sit in wait for them at every place of ambush. But if they should repent, establish prayer, and give zakah, let them [go] on their way. Indeed, Allah is Forgiving and Merciful.” (9:5) from the same book is also true. While the Wahhabis are firm about the Doctrine of Abrogation – following only the latter part of the Prophet’s life, the apologists don’t have the courage and strength to reject this doctrine. So, the ‘religion of peace’ is hostage to violent Wahhabis.

Ram Mandir is only the first step towards nurturing our ancient heritage and civilization back to health. AIMPLB statement and Left-Liberal-Islamist axis response to Hagia Sophia and Ram Mandir tell us that the war against Bharatiya civilization is being waged relentlessly. An open challenge to the principles of our republic cautions us that bigger and bitter struggle lies ahead and stakes are high – the very survival of the Dharmic society and world peace. 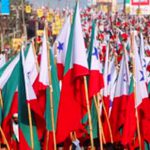