Tirunelveli. Shocking news shook the state as Hindu Munnani town secretary Sri Jeevaraj (38) was found murdered in Sankarankovil, Tirunelveli, near his house.  A deep cut in the throat have caused the death.  Police have formed special teams to nab the killers.  Sri Ramagopalan, Hindu Munnani founder has strongly condemned the inaction of the Government in safeguarding the Hindu leaders in the state. 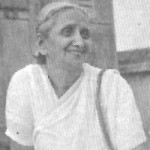