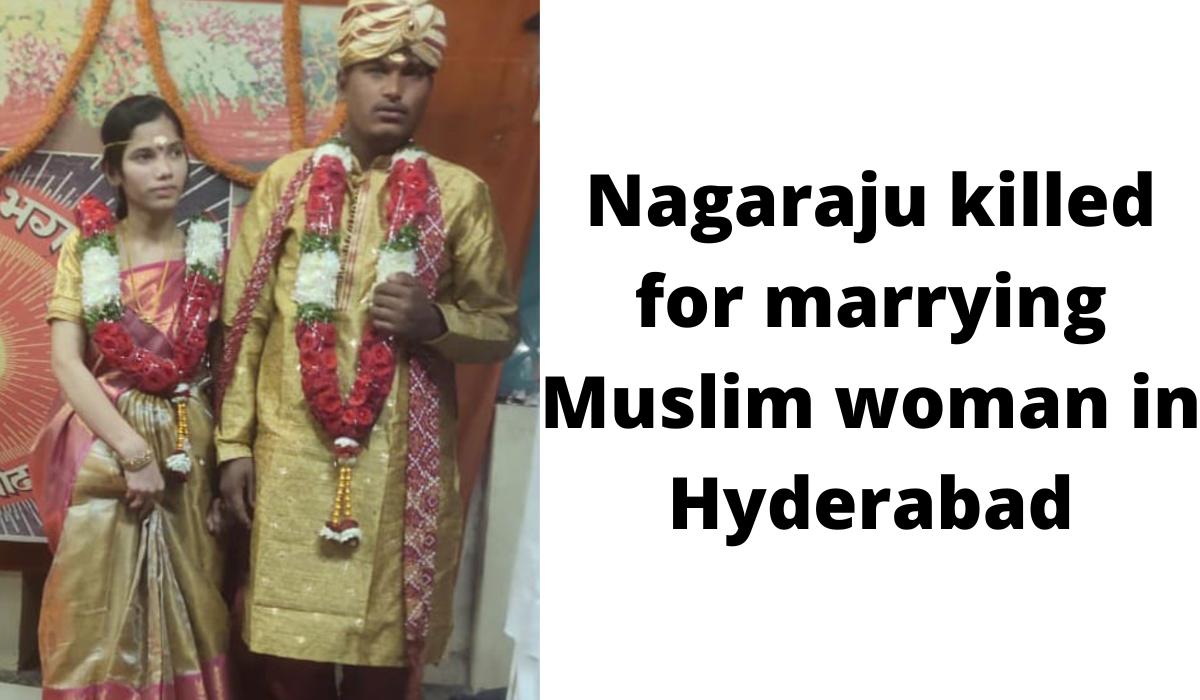 Billipuram Nagaraju (26 yrs) was stabbed to death for marrying Syed Ahrin Sultana, against the wishes of her family, in Hyderabad on May 4, 2022. According to the police, the couple was riding a two-wheeler when the woman’s brother and another man allegedly followed them. They then stopped them and allegedly attacked Nagaraju. While the police have claimed that there were two accused, the woman said there were five attackers. The Muslim woman said that while Nagaraju had approached her family expressing his willingness to marry her, his proposal was rejected. The couple got married on January 31. After marriage the couple went to Vishakapatnam for some time and week ago they returned to Hyderabad.

#Telangana : In a suspected case of #honourkilling a man was brutally murdered allegedly by his brother-in-law in #Hyderabad as he was opposed to his sister's marriage to a person belonging to another religion said @RachakondaCop.
https://t.co/5hitqBm0Su via @NEWS9TWEETS