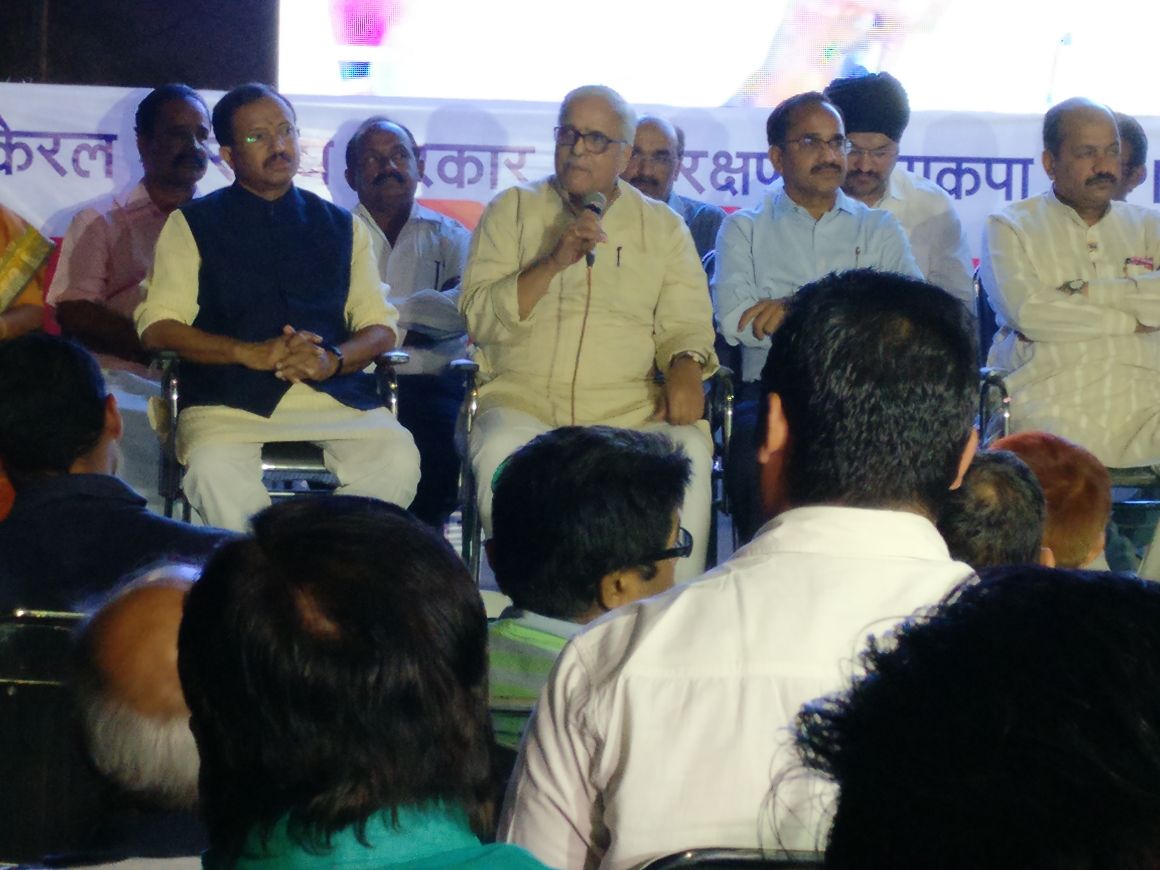 Rally against government supported atrocities of CPM in Kerala 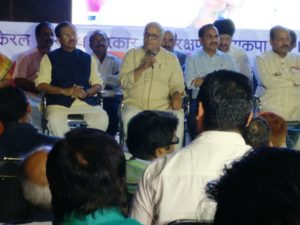 Nagpur. To protest the government supported atrocities of CPM in Kerala, a protest rally was organized by Lokadhikar Manch at Samvidhan Square (RBI Square) at Nagpur on 01st March. Thousands of citizen from all walks of life participated in this rally.

Sarkaryawah of RSS Bhaiyyaji Joshi was also present at this occasion. In his speech he said that the communist ideology has already finished in the countries where it was born. Neither Russia nor China follow this ideology. In our nation, this ideology is limited to a few states only. One cannot enforce this ideology upon people if they are not ready to accept it.

Bhaiyyaji said that in democracy everybody has freedom of expression. However this should not be misused. In universities some students are raising anti-national slogans. This is a part of larger conspiracy and it is our duty to understand this and act against it. 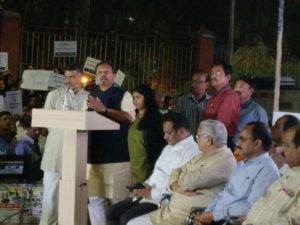 Kerala which has been a pious land, land of great spiritual leaders like Adi Shankaracharya. However the atmosphere is polluted by the government there. Same is the situation in West Bengal. In Kerala so many volunteers have lost their lives. Those who lost their lives, did not have any self interest. And this does not end here. They are attacking women, children and destroying physical properties. This has gone to an extreme in last few months.

There is a limit to the patience of the society. Governments should understand this. Governments have all the powers and machinery. It is their responsibility to ensure that the common citizen should feel safe. Governments cannot escape from this responsibility. If they cannot discharge their duties properly, the people at the helm of affairs at the government should leave. There are many capable and patriotic people in India who can govern efficiently.

At last Bhaiyyaji said that through this gathering, we are registering our protest. Such rallies are being organized across the nation at various places. I have full confidence that the governments in Kerala and Bengal will listen to this protest and they will take necessary action. We are using all democratic ways to appeal to the governments of Kerala and Bengal. If they do not take the initiatives, then we will have to take further steps.

Later, a protest march was taken out which witnessed participation of thousands of people. Whole atmosphere in the city was charged due to this rally. 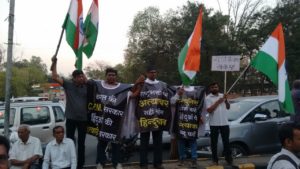 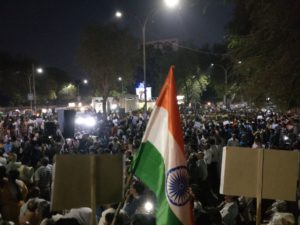 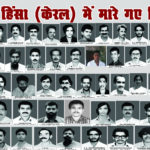