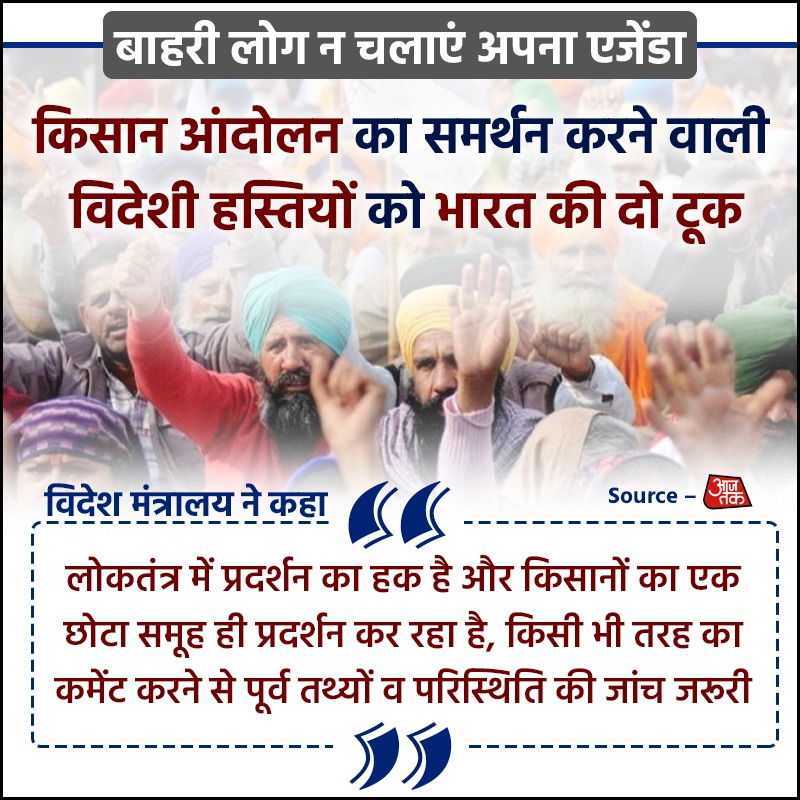 New Delhi. India has reacted sharply to comments by foreign celebrities, including pop singer Rihanna on farmers’ protests, saying a very small section of farmers in parts of India have some reservations about these reforms. Respecting the sentiments of the protestors, the GoI India has initiated a series of talks with their representatives.

“Before rushing to comment on such matters, we would urge that the facts be ascertained, and a proper understanding of the issues at hand be undertaken. The temptation of sensationalist social media hashtags and comments, especially when resorted to by celebrities and others, is neither accurate nor responsible. #IndiaTogether #IndiaAgainstPropaganda,” Ministry of External Affairs said in a statement.

“Farmers constitute an extremely important part of our country. And the efforts being undertaken to resolve their issues are evident. Let’s support an amicable resolution, rather than paying attention to anyone creating differences. #IndiaTogether #IndiaAgainstPropaganda,” tweeted Akshay Kumar.

“Don’t fall for any false propaganda against India or Indian policies. It’s important to stand united at this hour w/o any infighting. #IndiaTogether #IndiaAgainstPropaganda,” said Ajay Devgan.

“We must always take a comprehensive view of things, as there is nothing more dangerous than half truth. #IndiaTogether #IndiaAgainstPropaganda,” tweeted Suniel Shetty.

Kangana Ranaut has expressed her views by calling Rihanna a fool who doesn’t have knowledge about the issue.

“No one is talking about it because they are not farmers they are terrorists who are trying to divide India, so that China can take over our vulnerable broken nation and make it a Chinese colony much like USA… Sit down you fool, we are not selling our nation like you dummies,” tweeted Kangana. 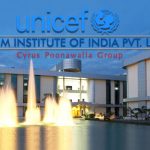