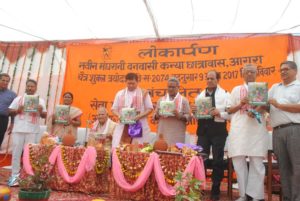 Agra. Addressing the gathering after inaugurating the Maghrani Vanvasi Girls hostel set up by the Agra unit of the Akhil Bhartiya Vanvasi Kalyan Ashram, RSS Sahsarkaryvah Dr Krishan Gopal said , “The fundamental of the Bharatiya culture is that it provides one a feeling of equality, which leads to a feeling of “ekatmata”. The Bharatiya thought is to offer it the maximum to somebody who needs it. It would be an animal instinct if one would save just for oneself, he added.

He said that the feeling of “ekatmata”, if cultivated in the early days of life, would nip the anti-national ideas in the bud. He said, for hundreds of years, there has been an effort to distort the basic premise of our culture. In the North-East region of Bharat, there have been attempts to create conflict by instilling anti-national feelings. But the RSS workers held the reins in the region and weakened every divisive force. All such vicious attempts were defeated in the region by the Vanvasis.

He said right from the days of Ramayana to the times of Maharana Pratap, Vanvasis have been fighting the enemies. The Vanvasi welfare activities started with six children and now it has more than 2000 seva units. 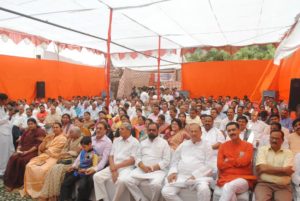 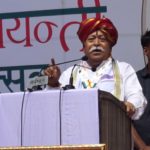 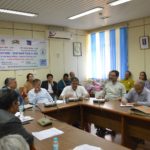