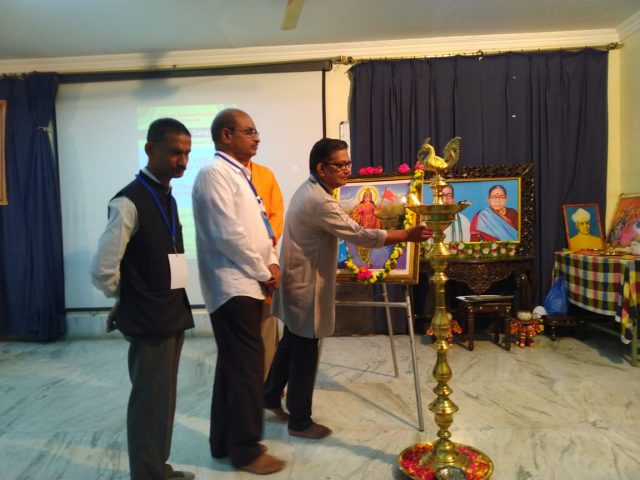 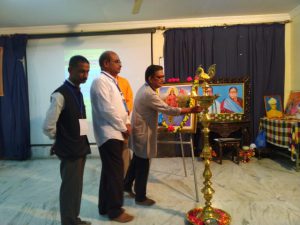 Dr. PV Ramana delivered the keynote address in the seminar on Social Media challenges to national security and cautioned on the many internal threats posed by Islamic Radicalization in J&K especially, eastern and western borders (SIMI, ISIS, LeT, JeM etc) radical militia in the NE (insurgency groups) and Left-Wing Extremism. The borders are especially vulnerable with porous immigration checks, massive money laundering and big trading in Fake counterfeit currency. LWE impacts more than 90 districts in 11 states. He explained about the dual-use technologies which are not only used for trivia on social media, but also used for Propaganda and indoctrination, fake news and misinformation. He said whether it is insurgency, radical Islam, left extremism or terrorism, all are threats to internal security of the country.

He added that unlike the popular narrative that these are misguided elements, all these outfits are very clear about their destructive agenda, and they pose a big threat to the authority of the state, and to the country’s unity and integrity. These destructive agendas create fear psychosis, sows disharmony, changes demography, affects industries and businesses, and stresses the resources. It is detrimental to the country’s integrity and economy. He said that social media is a double-edged sword and is being used to indoctrinate and recruit youth with misinformation and propaganda, and lies & misinformation should be countered with facts effectively in real time crisply.

Speaking on the session on `Fake News’, Sri Chalasani Narendra of Nijam web-portal stated that Social Media is being used to create mistrust by spreading misinformation and lies against all democratic institutions. Preventing misinformation on mainstream media or misuse of social media is a big challenge we are facing today. Massive agitations across the world whether in Hongkong or Shaheenbagh are being generated through social media.

Sri Sai Krishna of National Hub Youtube channel said that the anti-national propaganda is presented as neutral and intellectual, and hence we need to develop nationalistic thinking as well as nationalistic media tools to refute the misinformation campaign. Yet negative propaganda with lies is succeeding still. He recounted his personal experience of visiting Jammu & Kashmir post abrogation of Article 370, and said there is all-round normalcy in the state despite restrictions on internet, whereas in reality, the common people have been used to disturbances in the valley for decades, and are prepared with household provisions months in advance.

Speaking on the subject of `RTI & Legal Activism’, Sri AS Santosh from Legal Rights Protection Forum (LRPF) in his unique presentation explained about `online legal activism’ presenting a case- study of addressing the religious conversions issue of church evangelism, foreign missionaries holding events in India violating visa norms, NGOs violating foreign funding norms of FCRA and the way LRPF addressed some of these issues through existing RTI and legal provisions in the law. He also explained several unknown legal provisions regarding construction of churches and the various permissions needed from authorities, as well as misuse of electoral reservations by Christian converts.

In the session `Women Security’, well-known video-blogger, RJ of `good-morning America’ Smt Kiranmayee recounted her personal experience of speaking up for the country in the cause of nation, and the bouquets and brickbats she received for her social media work. She said as a woman, she faced several issues including abuse and threats, and recounted the ways she has shielded herself to some extent as well as the moral support she received from her family.

Advocate Sushree Niharika Reddy in her address stated that we as citizens are not aware of our own Constitution, it’s preamble, various laws etc, yet people are spreading lot of misinformation regarding CAA; she said irrespective of ideologies, national security should be paramount. Women are not aware of laws which protect them, or the provisions present for cyber bullying & harassment and cyber crimes. She said we cannot progress as a nation if 50% of the society is being harassed, and women too have a duty to make themselves aware of laws and policies. We also need changes in IT Act for cyber stalking and harassment.

Senior journalist, author, Youtube channel `Rakalokam’ video-blogger Sri Raka Sudhakar Rao, in his valedictory address stated that today we are in the midst of `Hybrid warfare’, the war of perception and information warfare. He said Facebook and social media, Cambridge Analytica and other agencies have been instrumental in influencing US elections, Brexit etc. The mainstream media and social media today are directing voting patterns, and are creating confusion in the minds of people by planting apprehensions and suspicions and mistrust. Today’s information warfare is directed in 4 stages of subversion- Demoralization, Destabilization, Crisis and Normalization, it is uncanny that KGB’s agent theorized on this decades ago. Over 5000 Pak-based social media handles are spreading fake news, fake videos and false propaganda on CAA, including Pakistan PM and President, which get re-twitted by pro-Pak lobbies within India and outside. Govt. of India initially banned several incendiary handles following the abrogation of Article 370. While others are doing concerted efforts to spread propaganda against India. Today there is a great demand for authentic information among people of India, we should ready ourselves to observe, track, research and refute misinformation campaigns. Open Source Intelligence enables us to research, gather and disseminate authentic information in a dignified way, we need to recognize our own strengths and be prepared to fight this uneven information warfare.achara Bharati General Secretary Ayush Nadimpally in his closing remarks explained about today’s negative information ecosystem, and stressed the importance of finding out correct information, refute fake news, and share positive news.