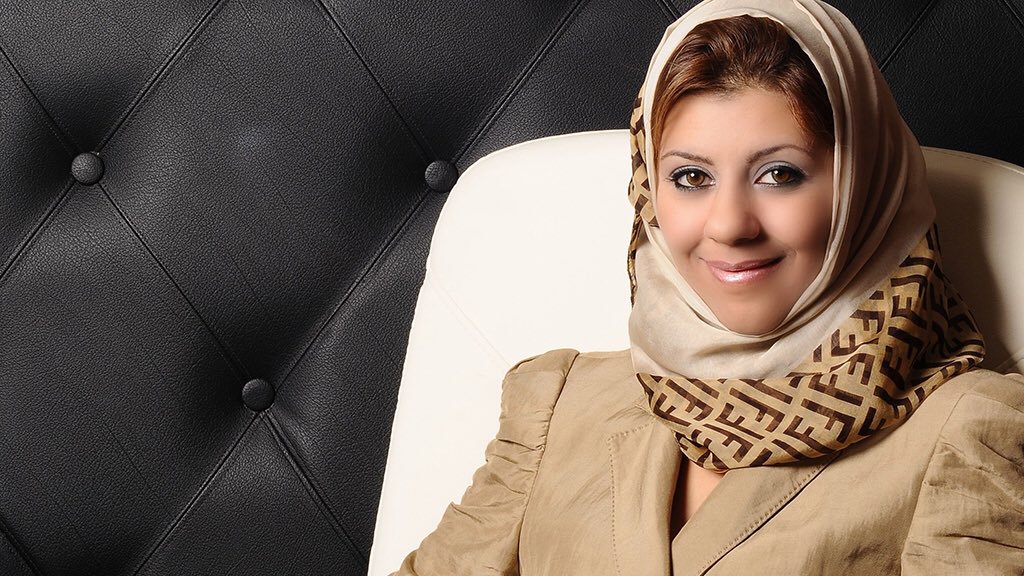 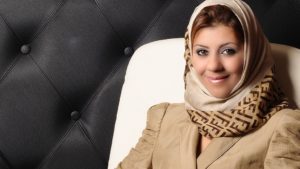 Born in 1980 in Mecca, Saudi Arabia, Nouf Bint Mohammad Al Marwaai is an inspiring personality in many ways. As an influential Saudi entrepreneur, she pioneered the practice of Yoga and Ayurveda in the Kingdom of Saudi Arabia and other West Asian countries which were not exposed to the world of India’s great gifts to humankind till then. Nouf is perhaps the first Saudi professional lady to visit India to study Yoga and Ayurveda. The founder of Arab Yoga Foundation, the key organiser of International Yoga Day celebrations in Saudi Arabia last year, spoke to Organiser about her life in pursuit of Yoga. Excerpts –

How were you introduced to Yoga? Is there any specific reason behind it?

I was born with the autoimmune disease and later diagnosed with lupus, I struggled at school. I had digestive issues, severe allergies, joints issues and fatigue and I was so weak. I loved sports but I wasn’t able to do anything due to my weakness and underweight issues. I found a book my dad got during one of his travels for the martial arts studies and championships. It was a Yoga book and that was probably in 1993. Anyway, it wasn’t easy to follow till 1998 when I found an easier book and started trying myself. That time there was no Yoga teacher around. I ordered books and videos from the US and started till I was able to travel to study Yoga and I was certified as a Yoga teacher in 2004 after 7 years of personal practice without guidance but with a lot of reading and daily personal practice. Observing the great improvement in my health and illness and studying clinical psychology, during my college years 2000-2004, I was so impressed. While studying clinical psychology and learning about Yoga I could understand the impact of Yoga on the brain, the nervous system and the rest of the system of the body based on that. It made me more interested in studying and promoting Yoga professionally not just practising Yoga.

How did Yoga help in curing the lupus syndrome from which you had been suffering since birth?

Yoga helped me a lot. It’s the way the person should practice Yoga, it’s not just posing in asanas. You should know when you have to be dynamic and when you have to change your asana modification. In my case (lupus) I still live with lupus with no medications. It has been 18 years since diagnosis. The childhood journey with antibiotics and misdiagnosis led me to worse shape at the age of 18 when I started Yoga and healthy fresh diet. I improved in strength, controlled stress that was causing my illness to get worse, and improved my joint’s flexibility and my muscles strength. Before starting Yoga I had to stop going to school for one semester due to my weakness. After I started Yoga, I went to college and graduated with high honors. I was able to go daily. I was able to move. The fatigue lupus causes is unbearable but till now I consider myself the happiest and luckiest lupus case on earth! I didn’t feel even I have any problem. I just control my diet, practise Yoga and do Ayurveda therapy once a year. Yoga teaches you to respect your physical limitations and to understand your body’s needs, Yoga teaches you about your own body and how to live peacefully with it.

What can be called the turning point in your life?

The landmark point of my life was July 13, 2015, when I was adopted as a daughter by H H Swami Veda Bharati, Swami Rama’s disciple on the Himalayan Master’s Tradition. I was on a trip to India to meet H H Swami Veda Bharati, Swami Rama Sadhaka Grama in Rishikesh and wanted to learn from his wisdom. I received his blessings and instructions. Swamiji invited me to join and learn the tradition and teach it in the Arab world. When Swami Veda’s book, (Pearls of Wisdom) was published on the first anniversary of his Mahasamadhi, I was blessed to be asked to write a foreward for it by the Ashram family. And as a strange coincidence, I was the last person to meet Swamiji before His Samadhi. I had never thought that I would be the last person to talk to Swamiji and receive His wisdom before Swamiji would leave His body.

There is a vicious propaganda that Yoga is anti-Islam and anti-Christian. How do you view it? Being a follower of Islam, did you find Yoga conflicting with your belief?

Yoga has nothing to do with religion. Hippies and trendy Yoga teachers who are not scientifically qualified enough have nothing better to teach or say. So they use concepts that are not related to Yoga because they don’t have enough knowledge or foundation. Yoga is a holistic physiotherapy system if we want to use modern scientific terms. It’s physiotherapy because it’s an exercise therapy, trigger point system, pain management system, rehabilitation system and it focuses on using physical exercises (asanas) and breathing techniques (pranayamas) to improve the health of the practitioner. (I said holistic referring to the integral approach to Yoga in health -physical, mental, psychological and as a result spiritual). When you develop the function of the nervous system and as a result, the endocrine system stress is controlled, anger is controlled, the focus is improved, attention is developed and as a result productivity and attitude that is yama and niyamas improve. That’s why Hatha Yoga says first practise asana, then pranayamas, then you access to the rest of the limbs in Raja Yoga that starts with yama and niyamas. But for Hatha Yoga physical discipline leads to psychological discipline (yamas and niyamas) that leads to mental discipline (dhyana, meditation) and then Samadhi. These concepts are universal and they are not related to any specific religion. In Saudi Arabia, there are thousands of practitioners of Yoga. We, in Arab Yoga Foundation, trained 8000 people and graduated more than 500 teachers and masters who are actively teaching Yoga.

Will you suggest Yoga and Ayurveda together as an effective alternative to modern medicine?

Both the systems can work together. There are diseases and issues that can’t be solved without allopathic medicine, and there are illnesses and issues better to be managed naturally to reduce side effects of medication. Sometimes you need to be treated chemically, but afterwards then continue naturally. I think both should go together. The patient should have the choice of both and the authorities in every country should regulate both to ensure safety and honesty in practice.

You have visited India many times. How did you find India, its culture, language and philosophy?

I learned Sanskrit and Indian philosophy while studying Ayurveda for my health. I found it very interesting and decided to go deeper and learn more, especially the darshanas like Samkhya. I found the Indian culture very close to the Saudi culture, we in Saudi also value family and parents, we live in a social system, food is somehow similar except spices, I eat spicy food though. Also, the Indian society is still conservative and stresses on values and principles very much like Saudi Arabia. Indians and Saudi youth should interact more for cultural exchange.

Nowadays India is a trend in Saudi, people want to eat Indian food, dress in Indian clothes, watch Indian movies, and go to India for healing, nature and Yoga.

A few words about your organisation dedicated to teaching Yoga and the work you have done in the West Asia. Now, what is the status of your initiative? Which are the countries where you are having your students and branches?

I started it as Saudi Arabia Yoga School in 2005. Later in 2010, it became Arab Yoga Foundation. As we grew with the network in the region, in 2012 Manoj Koshy from India joined the foundation as a director and we took the foundation to a different level systematically and officially. Since then we have been growing faster in every aspect. We provide educational and training courses to our students of Yoga who are interested in learning more about the ancient Indian science of Yoga and Indian philosophy, with ease and flexibility.  More than 300 certified Yoga teachers have graduated by AYF in KSA only. AYF students are actively teaching in countries such as Egypt, Lebanon, UAE, USA, Ireland and more. In KSA we have active teachers in all major cities. About acceptance, yes, Yoga is widely accepted by people in West Asia and its spreading very fast. I have even Syrians and Palestinian students who are outside their countries.

When Saudi Arabia organised an event related to International Yoga Day, it was big news. I know you were the key organiser of the programme. How do you recall it?

We organised the first and second International Yoga Day celebrations in association with the Indian consulate. We, the Arab Yoga Foundation, were the sponsors as well as the organisers. Organising and planning were mainly done by the Indian consulate, Manoj Kosy, our AYF director and me. It was a two-day seminar on Yoga and health as well as Yoga practice, speakers were medical practitioners and certified Yoga teachers by AYF who shed the light on many health issues, like back problems, neurological disease, psychological disease, Yoga for the corporate field, and women’s health. The attendance was huge and we have been awarded by the Indian consulate for organising.

What about this year’s International Yoga Celebration in Saudi Arabia?

We are organising the International Yoga Day celebration on June 21 this year with the Indian consulate. H E Consul General Mr Noor Rehman is leading the arrangements with AYF personally. Also we have a small celebration in the Indian embassy in Riyadh organising by His Excellency Mr Javid the ambassador of India in Saudi Arabia. It follows celebrations on another 2 days, June 23 and 24 by the International Yoga Club in which I am the chairman. It’s a Yoga initiative by an Indian friend in Saudi Arabia Mr Satheesh Deepak.

A few words about your family

My interest in Yoga was inspired by my father, Mohammed Al Marwaai, a retired military consultant. My father is a former ministry of interior and military official. He was a regional and international karate, judo and Taekwondo champion. He was the founder of martial arts federation in Saudi 40 years ago. My late mother also practised Yoga. I earned my bachelor’s degree from King Saud University in Clinical Psychology in 2004. Later, I completed her medical training at King Khaled Hospital in Riyadh and volunteered in the Mental Health Hospital in Jeddah as a clinical psychologist. I also hold a master’s degree in Psychotherapy from Shobhit University, India and of course, a dozen intensive diplomas related to Yoga, Ayurveda and Naturopathy from Australia and India with Yoga teaching certifications.

What are your suggestions for a new student of Yoga?

If you are going anywhere to study Yoga please check the teachers’ credentials. Yoga is not a supernatural power, Yoga is a science based on a valid accurate old philosophy for the body and the mind. Asana is a science itself. Yoga can have side effects if practised or taught wrongly or by unqualified teachers. 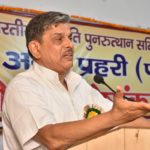